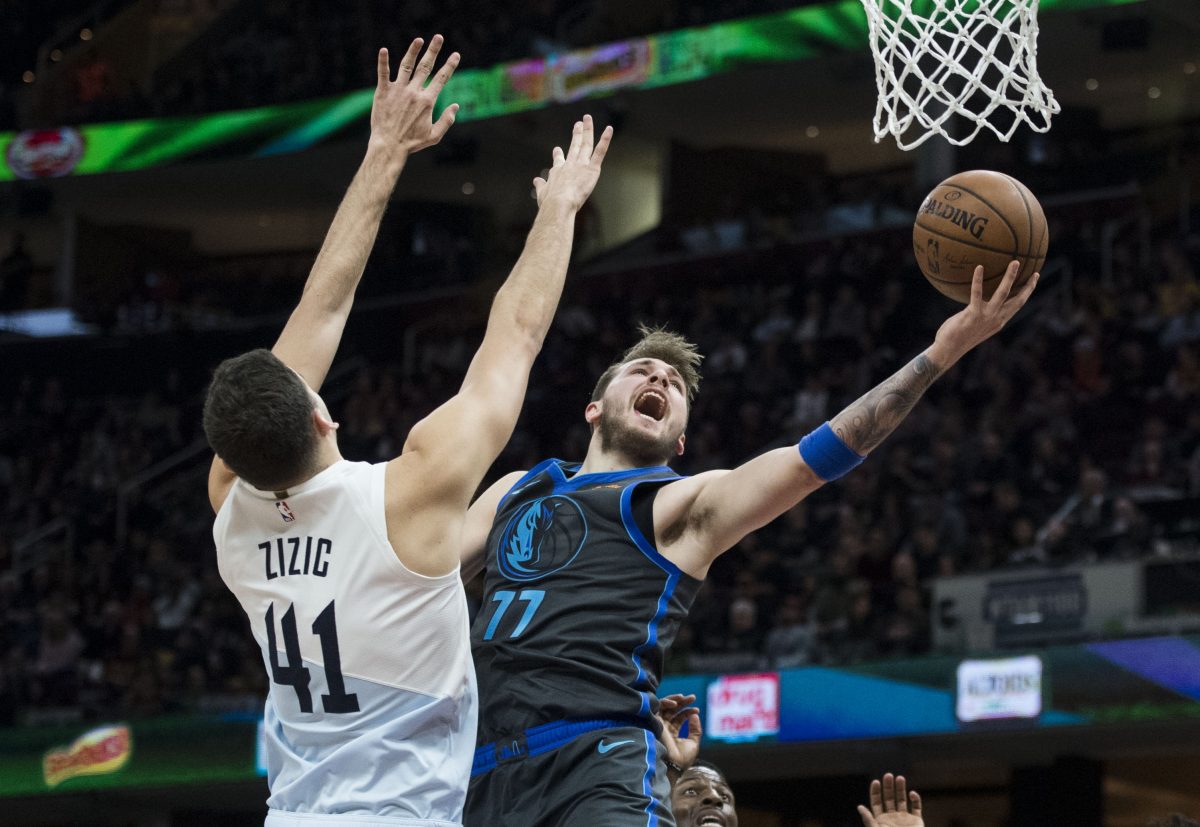 Dallas Mavericks rookie guard Luka Doncic was the third overall selection in last year’s NBA draft and is a top candidate to win the league’s Rookie of the Year award.

Following an outstanding performance in his team’s 111-98 victory over the Cleveland Cavaliers on Saturday, Doncic looked humbled when told that Cavs radio analyst Jim Chones had said that he resembled a younger version of former Cavaliers forward LeBron James.

In Doncic’s first 50 games in the NBA, he’s averaging 20.7 points, 7.0 rebounds and 5.4 assists. Against the Cavaliers, he collected a double-double with a career-high 35 points along with 11 rebounds and six assists.

In comparison, James’ key statistical numbers during his rookie campaign with the Cavaliers look very similar: 20.9 points, 5.9 assists and 5.5 rebounds per game.

Chones had a front row seat for James’ career in Cleveland, which began in 2003 when the 16-year veteran was the top overall selection.

James won Rookie of the Year accolades after that season and long ago cemented his place in basketball history. Chones’ own professional basketball career spanned from 1972 to 1981, beginning with two seasons in the defunct American Basketball Association and five years in a Cavaliers uniform.