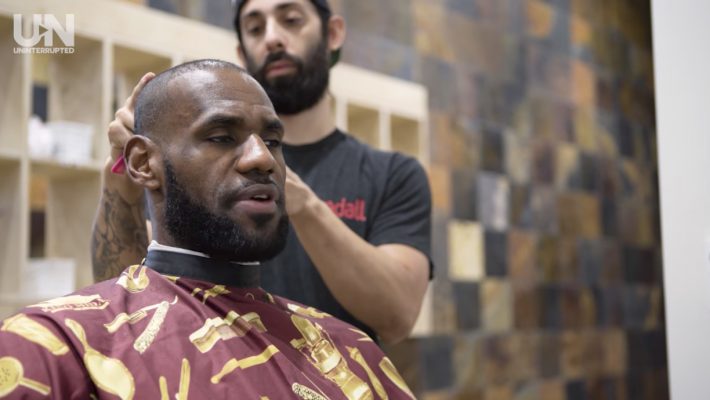 In the aftermath of the Cleveland Cavaliers‘ loss to the Golden State Warriors in the 2017 NBA Finals, veteran forward LeBron James reflected on the Game 5 defeat that clinched the series for the Warriors. To do so, he used his UNINTERRUPTED online platform while in the midst of a summer haircut.

“Obviously, it’s always disappointing when you get to the Finals or you have that goal set out and you want to bring it home and you’re not able to accomplish it,” James said. “It’s always disappointing, but it’s never a failure when you’re able to put your teammates in positions that they’ve never been in. For the first time, guys like Kyle (Korver), D-Will (Deron Williams), and Flight (Derrick Williams), being a part of the Finals they never experienced before. Those are the things that make me happy.

“Kudos to the Golden State Warriors, much respect to them. Now time for me just to kind of revamp, see ways I can get better to help this franchise out next year so we can hoist that trophy again. But at the end of the day, I’m blessed to play the game that I love, blessed to be around great teammates, blessed to be around the greatest fans in the world here in Cleveland and I’m looking forward to what’s to come.”

The latter remarks should at least cool down the rampant speculation that surfaced soon after the Finals ended about James potentially looking to play in Los Angeles for either the Clippers or Lakers. The frustrated tone of James’ remarks right after the Cavaliers were eliminated served as the original spark to those rumors.

James had indicated during those postgame remarks that while he would continue to stay in basketball shape, his connection to the game will largely be limited to watching WNBA games and his son, LeBron James Jr., compete in AAU tournaments.