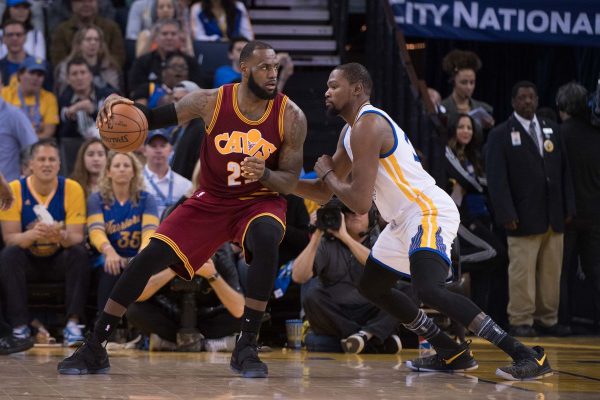 As the 2017-18 NBA season approaches, betting odds for the upcoming season are beginning to roll out. On Monday, the favorites to win the 2017-18 NBA MVP were released, and LeBron James is surprisingly low on the list.

According to SportsInsights, the two favorites to win the coveted award are defending MVP Russell Westbrook and defending NBA Finals MVP Kevin Durant, who both came in at +350.

Following the two co-leaders are San Antonio Spurs star Kawhi Leonard at +550, and Houston Rockets guard James Harden at +700. Finally, James is tied for the fourth best odds with Giannis Antetokounmpo at +750.

Considering James’ incredible NBA Finals performance last season, it is somewhat surprising that he does not have better preseason odds to win his fifth MVP award. Still, it will likely only serve as more motivation for The King, as he begins yet another year of dominance in the NBA.