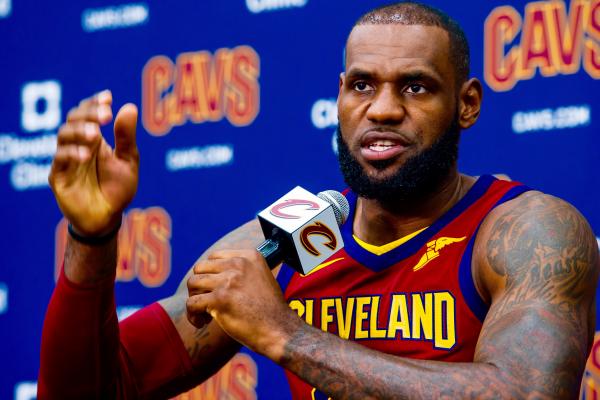 This summer has been filled endless rumors regarding LeBron James‘ future with the Cleveland Cavaliers. While some reports have him re-signing with the Cavs and continuing his career in his hometown, other signs point to James possibly taking his talents to the Los Angeles Lakers.

On Monday, Sam Amico of Amico Hoops posted a tweet that should put the Cleveland faithful somewhat at ease.

LeBron on 2014 statement he wants to finish career with #Cavs: "It hasn't changed." Adds he won't "cheat" team by focusing on free agency.

Back in his 2014, the four-time MVP said this in his Sports Illustrated announcement:

“I always believed that I’d return to Cleveland and finish my career there. I just didn’t know when. After the season, free agency wasn’t even a thought,” James said. “But I have two boys and my wife, Savannah, is pregnant with a girl. I started thinking about what it would be like to raise my family in my hometown. I looked at other teams, but I wasn’t going to leave Miami for anywhere except Cleveland. The more time passed, the more it felt right. This is what makes me happy.”

James has kept his cards very close to his chest this offseason and seems committed to doing so until the time comes. This should not be seen as confirmation that James will definitely be in Cleveland next season, but it certainly doesn’t prove otherwise either. One thing is for certain, James will be as committed as ever in bringing another championship to The Land this season.