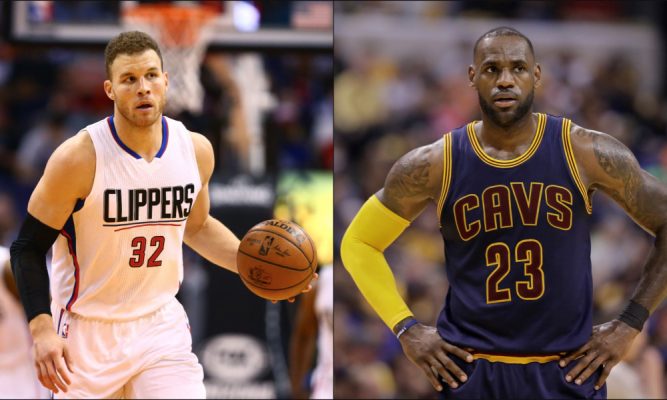 Over the last few months, there continues to be plenty of rumors linking Cleveland Cavaliers superstar forward LeBron James to the Los Angeles Lakers as the three-time NBA champion will become a free agent following the 2017-18 NBA season.

In fact, Griffin envisions James staying in the Eastern Conference and joining the New York Knicks instead of a young, up-and-coming Lakers squad.

“I could see him going to New York before L.A.,” Griffin said earlier this week on the View from the Cheap Seats podcast with Jason and Randy Sklar. “I still think, when you go to the (Madison Square) Garden, it’s a completely different feeling. The energy there seems like there’s just a consistent buzz the entire game, even last year when you go play them, it’s still there.”

Even before this summer’s news of Cavs star point guard Kyrie Irving allegedly requesting to be traded, James’ future in Cleveland was considered to be up in the air.

“Honestly, I don’t see him coming to L.A. period. Listen, again, I have no idea,” Griffin said with a laugh. “I think something is brewing with him and his group of guys. I don’t know what’s going to happen, but I think something’s brewing and they’re going to try to make that work.”.

Although Griffin doesn’t seem to have any inside knowledge and is simply speculating, the idea adds more fuel to the fire regarding James’ looming decision as to where he will play during the 2018-19 season.