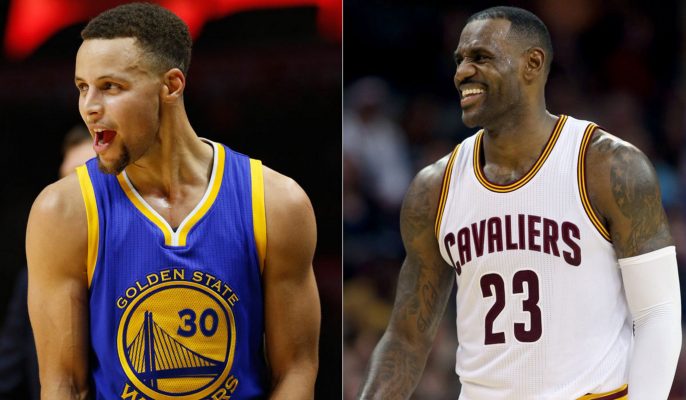 The growing intensity of the rivalry between the Cleveland Cavaliers and Golden State Warriors has now reportedly reached a point that the Warriors are now seen as the villains and the Cavaliers’ LeBron James portrayed as the hero. This perception has reportedly become a source of amusement for Golden State guard Stephen Curry.

In an interview with ESPN’s Darren Rovell, Curry spoke about a variety of topics, including dealing with the heartbreak of losing Game 7 and his team’s new image.

“I kind of laugh at that,” Curry said. “Obviously how the Finals ended (and) what happened, that’s sports. That’s what you love about it. I wouldn’t trade that experience for anything. Obviously it stinks to not win, but playing for a championship for two years in a row has been an amazing, amazing journey and I don’t think it’s over.

Curry also indicated that the public perception of his team won’t play a role in any aspect of how the team prepares. He also indicated that he has no plans to adjust his game to suit Golden State’s most prominent addition, former Oklahoma City Thunder forward Kevin Durant.

“All that narrative around our team, how people view us, doesn’t really matter to us. We are who we are and we’re championship contenders going forward, ” Curry said. “It won’t change at all. That’s the reason KD joined — knowing we weren’t going to sacrifice anything, that we all have to be ourselves to make things work. There will be some adjustments when it comes to the in-game flow and how we work together, but for us to be who we’re supposed to be, we all have to kind of elevate ourselves.”

One of the continuing off-the-court storylines of the 2016 finals was the social media outbursts of Curry’s wife, Ayesha. Despite the fact that she took a torrent of criticism for claiming that Game 6 was rigged, Curry has no plans to change things during the upcoming season.

“Since the Finals, you can get wrapped up in the backlash, if you will, of what happened,” Curry said. “I’m not going to be a prisoner of the moment and get sensitive and whatnot, and I don’t think she is either. It is what it is, but we enjoy just being ourselves. There’s nothing other than that. Social media is a great way to share what’s going on and have fun with your life.”