J.R. Smith Reveals His Favorite Teammates of All Time 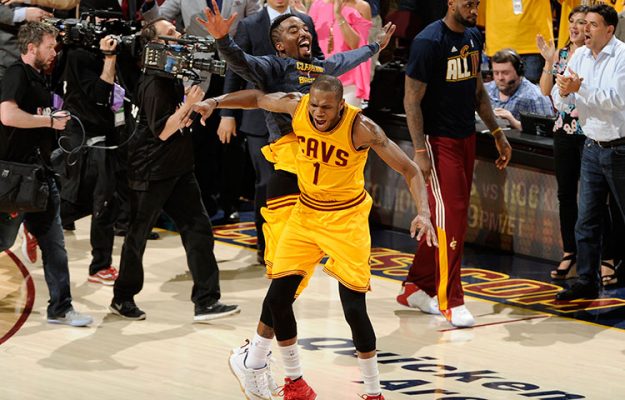 Over the course of his first 14 seasons in the NBA, Cleveland Cavaliers guard J.R. Smith has played with four different teams. That means he’s been teammates with countless players, but he took time on Saturday to offer a short list of those he considers to be his favorites among that large group.

Fans of the Cavaliers will immediately note that both players once wore the team’s jersey. James Jones was with the team for three seasons from 2014 to 2017, and while seeing little time on the court, he was a key presence in the team’s locker room.

Smith’s opinion is similar to that of another former teammate, LeBron James, who indicated that Jones, who retired last year to join the front office of the Phoenix Suns, was also his favorite teammate.

The inclusion of Mike Miller on the list might be a surprise to many, considering that he and Smith spent less than one season together. Miller joined the team shortly after James returned to the Cavaliers in 2014, with Smith beginning his Cavs tenure in January 2015 following a trade from the New York Knicks.

The 33-year-old Smith no doubt considers James himself in that same realm, given their history that dates back more than a decade. Prior to Smith’s acquisition by the Cavaliers, his questionable off-the-court reputation was likely considered a potential deal-breaker.

However, James assured the Cavs front office that he would help in keeping Smith in line, a promise that was largely fulfilled.

Now that James has left to play for the Los Angeles Lakers, Smith will have a number of new teammates this season to add to his lengthy list. Whether or not any of these players make a subsequent list down the road still remains to be seen.