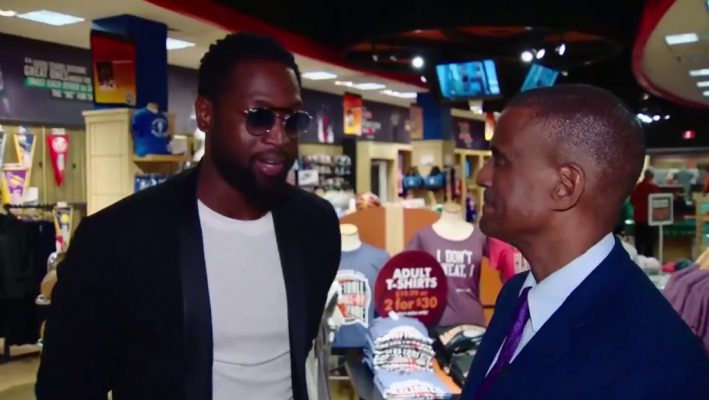 Chicago Bulls shooting guard Dwyane Wade may still be under contract to play for the Bulls this season, but there have have been multiple reports saying that the team is expected to buy out the 35-year-old at some point this year.

Wade reportedly isn’t eager to play with a team clearly looking to rebuild towards the future. If bought out, several sources believe that the Cleveland Cavaliers have the best shot at signing the three-time NBA champion.

NBA.com’s David Aldridge recently caught up with Wade and bluntly asked him what his preference would be if he were to become a free agent come November.

Wade elaborated on his comments after Aldridge asked if he would like to be on another team that can compete for championships.

The shooting guard’s comments suggest that Cleveland may have the edge over the two other teams he is considering if bought out (Los Angeles and Miami), sheerly due to the fact that the Cavs have been legitimate contenders for three consecutive years with LeBron James leading the team.

To add even more optimism to the Cavs’ chances at landing Wade, VegasInsider.com has Cleveland with 4 to 1 odds to win the championship — behind only Golden State — and Miami at 100 to 1.