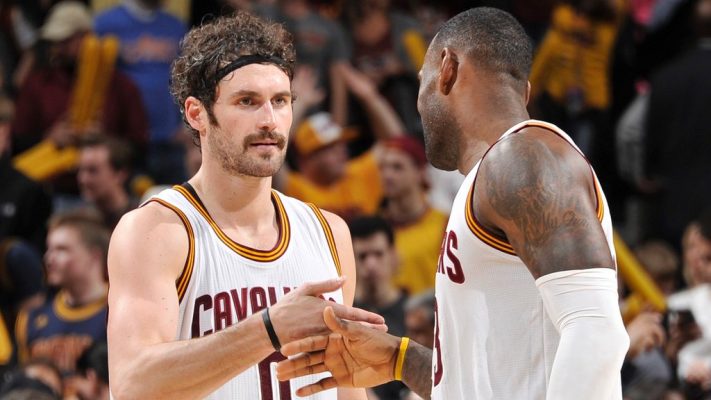 With the departure of Kyrie Irving, the countless rumors regarding LeBron James‘ future in Cleveland, and the arrival of Isaiah Thomas, Jae Crowder, and Ante Zizic in Cleveland, the Cleveland Cavaliers have experienced one of the most dramatic offseasons in recent memory. According to ESPN’s Dave McMenamin, however, the changes in Cleveland may have only just begun.

In a recent article, McMenamin discussed how the recent blockbuster trade with the Boston Celtics could have a rippling effect and leave Kevin Love on the Cavs’ trading block in the near future:

“The addition of Crowder also could make Love expendable, allowing Cleveland to dangle either the All-Star stretch forward, the Brooklyn pick — or both — on the market in February to make a push to revamp the roster before the postseason,” McMenamin wrote.

The 2017-18 Cavaliers will already look quite different from the team that took the court last season. If McMenamin’s prediction is true, and the Cavs do look to move Love, the squad could be nearly unrecognizable by the time the 2018 playoffs roll around.