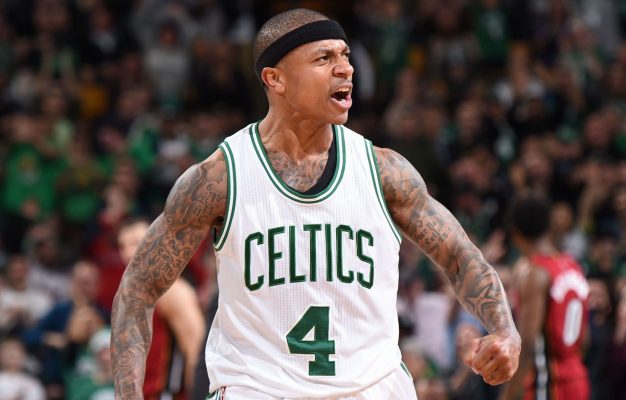 Newest Cleveland Cavalier point guard Isaiah Thomas’ health may be in question following a physical from team doctors, but according to ESPN’s Adrian Wojnarowski, the 5-foot-9 point guard is now motivated more than ever after being traded from the Boston Celtics.

Wojnarowski recently spoke on his podcast “The Woj Pod” to break down the recent trade that included Kyrie Irving, Jae Crowder, Ante Zizic, and a couple of draft picks.

“The one thing you know with Isaiah is he’s going to use all of this as fuel,” Wojnarowski said. “This is the story of his career, right? ‘I have one of the great single seasons in Celtics’ guard history anyway, and I still get traded, and they still move me.'”

The ESPN insider went on to say that he received a text from Thomas shortly after the deal was finalized.

“I won’t quote him,” Wojnarowski said, “but he’s a pretty motivated guy this morning, last night, today. Certainly with him, you know you get that. There’s a hunger to him that allows him to do what he’s done at 5-foot-nothing in the NBA.”

Thomas may be nursing a hip injury, but if he comes back at even 80 percent the player he was last season, the Cavs could have a good shot at reclaiming the throne in next year’s playoffs.