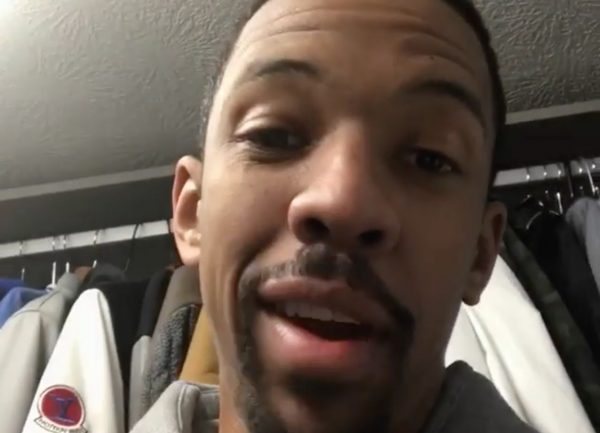 Veteran big man Channing Frye‘s time as a member of the Cleveland Cavaliers came to an end on Thursday when he was dealt with Isaiah Thomas to the Los Angeles Lakers. His tenure with the team ended as it had begun two years ago: as part of a trade deadline deal, with Frye having come to the team from the Orlando Magic in 2016.

Just four months later, Frye was part of the first-ever Cavaliers NBA championship squad and has remained a key member of the team both on and off the court. In the wake of the trade, he offered his thoughts via social media:

Frye had been the subject of trade rumors for much of the past few months, but he was philosophical about being traded away. That perspective was shaped by the fact that he had previously been dealt by other teams and had dealt with more personal situations that were much more serious in nature. These included heart problems that put both his life and career in danger and the deaths of his mother and father in the span of less than a month in the fall of 2016.

The Cavaliers will face Frye, Thomas and the Lakers when they travel to Los Angeles for a game at Staples Center on March 11.