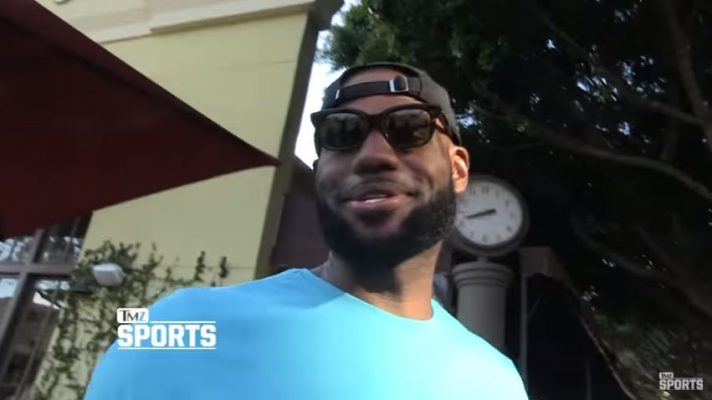 Despite the fact that his status beyond the upcoming season remains unclear, Cleveland Cavaliers forward LeBron James offered a very brief response on Sunday to the speculation of Los Angeles Clippers forward Blake Griffin about where James will play during the 2018-19 season.

TMZ Sports asked James about Griffin’s opinion that the Cavs superstar is more likely to play in New York than Los Angeles beginning next year. Griffin had made the comments last week while appearing on a podcast.

The fact that James has a home in Los Angeles has given rise to the speculation that James would sign as a free agent with either of the teams there, the Clippers or the Los Angeles Lakers. Given James’ desire for more NBA titles, it’s unlikely that he ends up in New York,. The presence of his close friend, Carmelo Anthony, on that team serves as the only reason for such conjecture to still remain credible.

Of course, James has given no indication that he plans on leaving the Cavaliers, yet that hasn’t eased the concern of all Cavaliers fans who are already concerned about the chaos involving Kyrie Irving.