NBA Lashes Out at David Griffin for Sitting Out Big 3, Griffin Fires Back 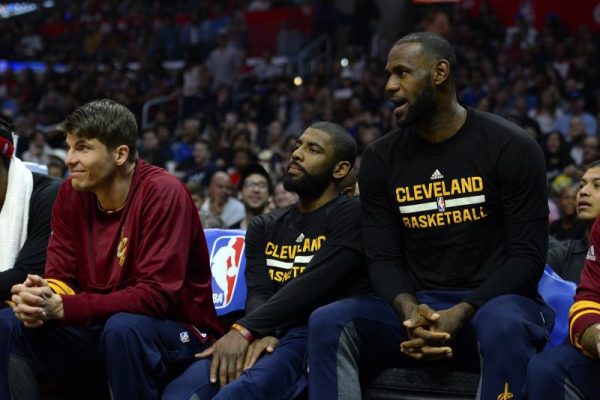 The controversy over the Cleveland Cavaliers keeping the trio of LeBron James, Kyrie Irving and Kevin Love out of the lineup for a nationally televised contest against the Los Angeles Clippers on Saturday was enough to get the attention of the NBA league office. They reportedly contacted Cavaliers general manager David Griffin on the matter to express their displeasure over the move.

Cavs GM David Griffin said he received a call from the NBA league office after it was announced Cleveland was sitting Ky, Kevin and Bron

When did the league call? Griff: "Seven minutes after it was announced. Yeah, they were not happy."

While sympathetic to the league’s situation, Griffin strongly defended the move as being in the best interest of the team:

“I feel bad for the league. I really do. But it is what it is for us from an injury standpoint,” Griffin said. “We literally had one guy rest and everybody else was reasonably injured. I don’t feel like we did anything terribly egregious. It was nothing like the last time that happened. Those were three healthy dudes that rested. That’s not what happened tonight.”

Griffin continued with his defense, citing an injury to Irving and Love’s comeback from one as a determining factor:

Their absences, and the continued recovery of reserve guard Kyle Korver, made the decision to sit James a simple one:

“I can’t make [James] drag himself through this tonight by himself and then have everybody else play tomorrow and still not win,” Griffin said. “Korver is legitimately injured, so you pick the game you’re going to be the most competitive in and that’s the one that ‘Bron needs to play in.”

When asked about the idea of the Cavs adjusting the decision so that James and Love would play on Saturday and Irving on Sunday, Griffin dismissed it and cited the value of having two days off instead of one:

“Because if they play tomorrow, they get two days off in a row now,” Griffin said.

Griffin offered a blunt retort to the idea that the move was shortchanging ABC, which is paying hundreds of millions of dollars to broadcast an NBA game:

“Yeah, and they’re paying me to win a championship,” Griffin replied.

The NBA could fine the Cavaliers for the move, something they did to the San Antonio Spurs when they sat four key players in November 2012 against a Miami Heat team that included James. In that instance, former NBA commissioner David Stern assessed a $250,000 fine, though no other team has been fined anywhere close to that for a move that has become a common tactic when dealing with back-to-backs in today’s NBA.