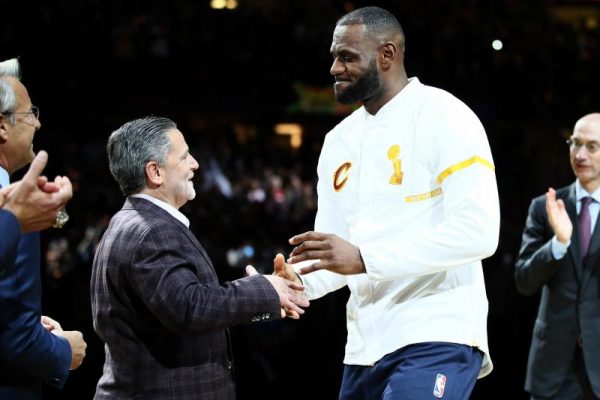 While the upcoming NBA season is still over two months away, many have already begun looking towards next year’s offseason, when LeBron James will become a free agent.

Numerous reports have pointed to James looking to continue his NBA career elsewhere and recent tweets have certainly caused some early panic in Cleveland. While no one knows what James’ future truly holds, according to a recent report, there is definite cause for concern.

NBA source said today: "This will be LeBron's final season in Cleveland. He is 100 percent leaving. Relationship with owners beyond repair."

While numerous rumors have claimed to know what James will do next season, Miami Herald writer Barry Jackson put Sheridan’s report in perspective.

Sheridan, a veteran NBA writer, was first to report in 2014 that LeBron would leave Heat to go back to Cleveland: https://t.co/Hn0FE17yGm

There will likely be many more rumors and reports that either support or deny the fact that James will be on the move once the 2017-18 season comes to an end, but Sheridan’s insight certainly does nothing to calm the nerves of the Cleveland faithful.