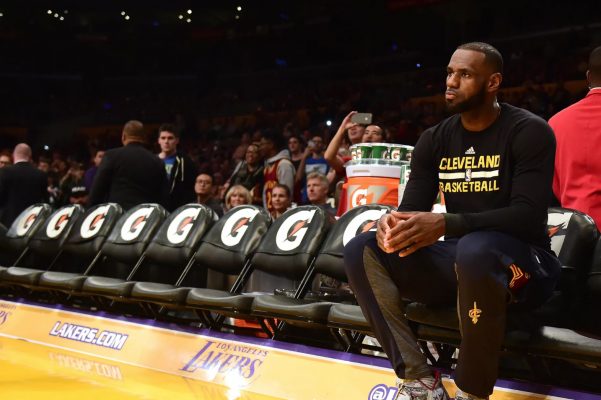 While most of the NBA world continues to obsess over the Kyrie Irving drama, LeBron James made some news of his own on Wednesday morning as he took to Twitter to call the city of Los Angeles his “home.”

Speculation has already begun as to whether or not James will be taking his talents to Los Angeles when he becomes a free agent next offseason. While his desire to remain in Cleveland seems strong, the four-time NBA MVP referring to any city other than Cleveland as his “home” has given fans of both the Cleveland Cavaliers and Los Angeles Lakers a reason to panic.

It started with James sending out a tweet expressing his desire to get back onto the basketball court.

Man I need some run!! Where y'all hooping at?? Off season please hurry up and end, I have basketball Jones!!

May have to make a day trip up there when I'm back home in LA bro!

Of course, James was likely referencing his home in Los Angeles where he spends a lot of his time during the NBA offseason, but that isn’t stopping fans from losing their minds over the tweet.

Only time will tell if James has any intention of making Los Angeles his next NBA home, but for the time being we can only take him on his word and hope that his commitment to winning in Cleveland is as strong as he says.