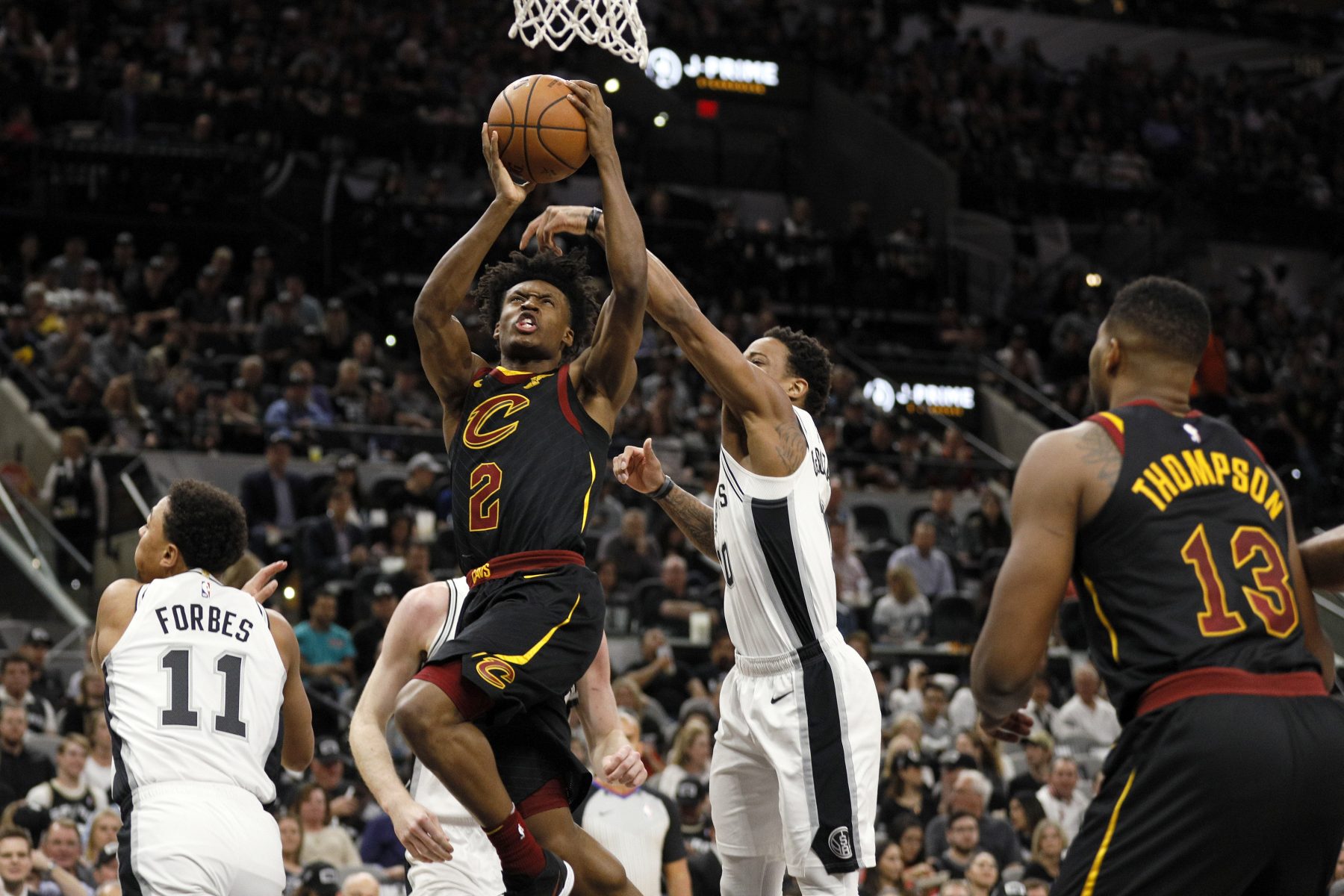 Cleveland Cavaliers guard Collin Sexton has experienced an up-and-down rookie season that currently is on a major upswing. In the opinion of veteran teammate Kevin Love, Sexton deserves to be named to the first team on NBA’s annual All-Rookie squad.

Love was emphatic when asked about whether Sexton deserved a spot on the team.

“One hundred percent, I respect how he’s responded,” Love said.

Sexton’s early months saw him adjusting to life in the NBA while also trying to aid an injury-plagued rebuilding team in the midst of a freefall. During this period, he made the typical rookie mistakes and was part of a Cavs team that had a record of 12-46 at the All-Star break.

However, over the past few months, Sexton has shown improvement with his game and has put himself in some select categories along the way. For instance, Joe Vardon of The Athletic pointed out that he has joined Larry Bird and Stephen Curry as the only rookies to play at least 2,000 minutes, average 16 or more points per game, and make at least 40 percent of their 3-pointers.

Sexton and Tim Duncan are also the only rookies to score 23 points or more in seven consecutive games.

Sexton’s early struggles kept him from earning a berth in the Rising Stars Challenge that was played during All-Star Weekend. Love offered Sexton some encouragement after that decision, noting the similarity to his own career.

“I had a conversation with him after they announced the teams for Rising Stars, I said, ‘Listen, I didn’t make the game and I still ended up on the All-Rookie Team,'” Love said. “It’s all about how you respond. … How he responded to me has been very positive.”

Love offered his own reasoning as to why Sexton’s surge will be rewarded with a spot on the All-Rookie First Team.

“Listen, if I can’t name five guys (who should be ahead of Sexton), I would think so,” he told Vardon.

Expanding on Sexton’s qualifications, Love noted that he’s peaking at the right time of the season.

“He’s had a great second half. It’s all about how you finish, too,” Love said. “He’s had some statistics for rookies that nobody, that few guys have done. Like I said, you trend like that in your rookie year and you can’t name enough guys at the top, I think for sure.

“Obviously he’s going to make all-rookie (first or second team), but I think it’s pretty cool how he responded.”

Sexton and the Cavaliers have six games left on their season and are currently in the midst of a Western Conference road trip. They enter Saturday afternoon’s game against the Los Angeles Clippers with a record of 19-57, with Sexton attempting to close the season with a flourish.