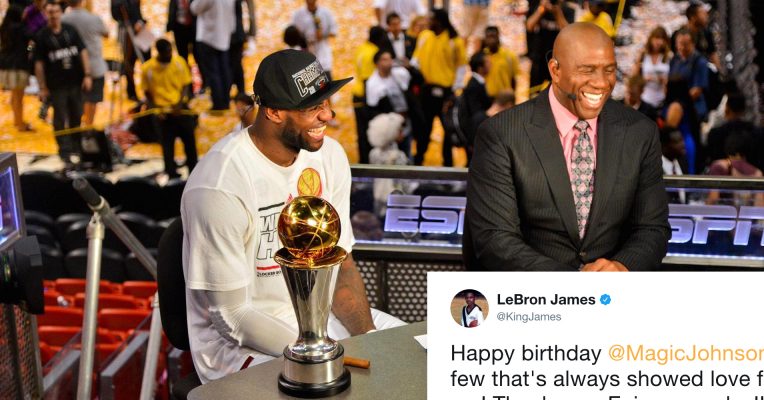 Happy birthday @MagicJohnson!! One of the few that's always showed love from day 1 to me! Thank you. Enjoy your day!!

James’ birthday gesture could have come and gone without any drama, but fans have taken the tweet as yet another sign that James is aiming to join the Lakers. Johnson currently serves as president of basketball operations for the Lakers, and many reports have pointed to James’ interest in joining the Lakers when he becomes a free agent next offseason.

This is the second time in a week where one of James’ tweets has reignited the rumors that he is headed to Los Angeles. We may never know if that was James’ intention, but his career intentions will certainly be revealed next NBA offseason.