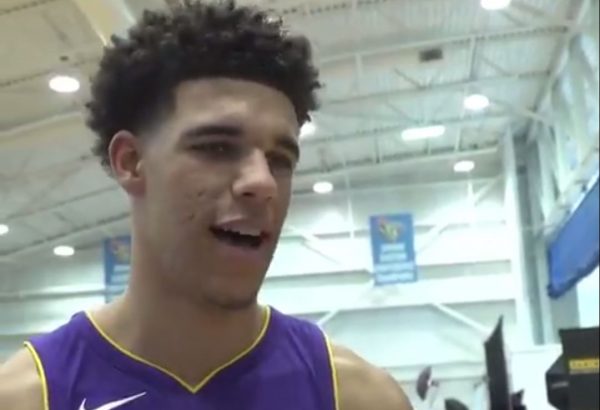 Another current NBA player has given his input on the LeBron James-Kobe Bryant debate.

That player is Los Angeles Lakers rookie Lonzo Ball, who was recently asked which player he would go with between James and Bryant.

Mamba or The King?

Lonzo's going with the ? pic.twitter.com/IC08rE33vE

“I’m sure you’ve heard the Michael Jordan quote, the Kobe-LeBron thing, like five beats three,” said the reporter. “What’s your take on that. Kobe or LeBron?”

“Well, my favorite player was LeBron growing up. But, [Jordan] does have a point, championships do mean a lot,” responded Ball. “But it’s tough I’m a Laker, I wanna go with Kobe, but I’ve been saying LeBron my whole life, so I’m gonna go with LeBron.”