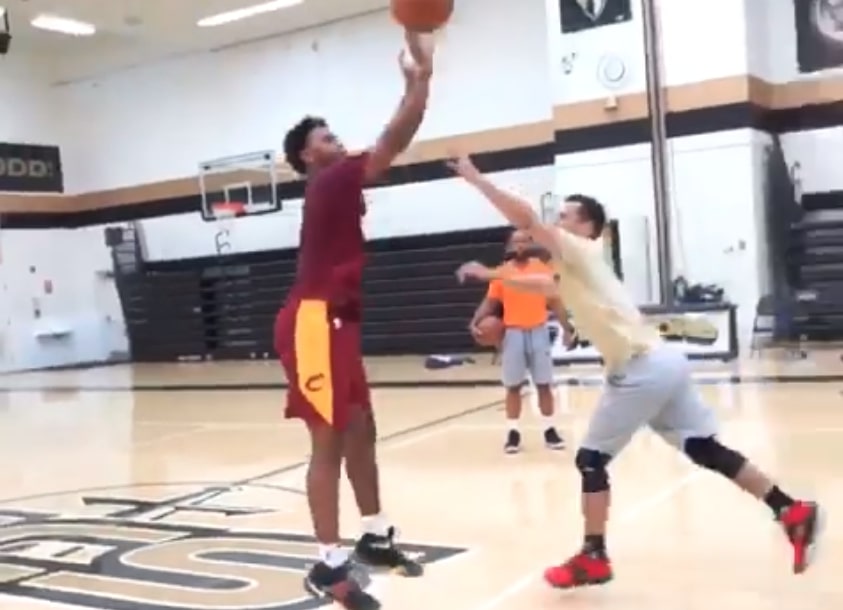 One of the reasons why the Cleveland Cavaliers chose Darius Garland with the No. 5 overall pick in the 2019 NBA Draft was because of his shooting ability from beyond the arc.

As Garland continues to prepare for his first NBA season, his shot is continuing to turn heads. On Sunday, renowned NBA trainer Chris Johnson gushed over the Cavs’ talented rookie via Instagram.

Also in the gym was All-Star guard Ben Simmons. In the video, both Simmons and Johnson appear to be amazed by Garland’s seemingly effortless shots from long distance.

At one point, Simmons even pokes fun at Garland’s combination of skill and youth.

“Whose baby is that,” the star guard can be heard saying from the sideline.

Garland’s ability to hit from deep isn’t a new phenomenon. That’s part of the reason why the Cavaliers were willing to roll the dice on him despite him playing only five games last season for Vanderbilt University.

Before watching his first and only collegiate season come to an end because of injury, he connected on 53.7 percent of his shots from the field. He was especially deadly from deep, drilling 11-of-23 3-point attempts for a 47.8 shooting percentage.

New Cavaliers head coach John Beilein also got a glimpse of what Garland could potentially offer the team’s offense. Prior to drafting him, Beilein was part of a private workout conducted by the Cavs in which Garland hit one shot after another.

Of course, hitting shots on a practice court is a far cry from doing it on a nightly basis in actual NBA games.

Still, it’s clear that Garland could be one of the key building blocks in helping the Cavaliers get back to the postseason and also challenge for an NBA title.