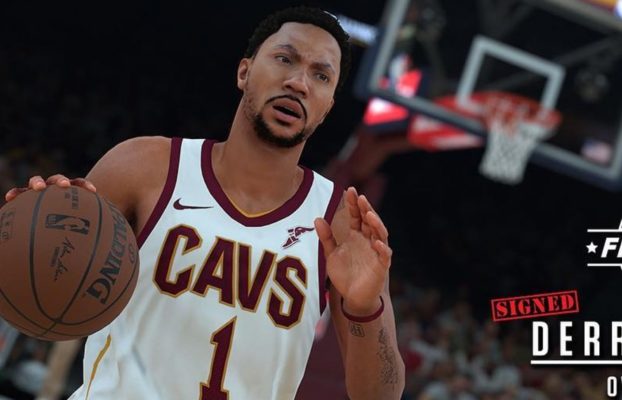 With Kyrie Irving‘s trade request, it seems like a genuine possibility that former NBA and newly signed free agent Derrick Rose will be vaulted into the starting point guard role next season. While we are still months away from finding out if Rose has any juice left in his oft-injured legs, we will be able to see a virtual version of the eight-year pro much sooner when the highly popular NBA 2K18 is released next month.

Rose’s 2K18 rating was released on Friday and according to a majority of the fans, his 78 overall rating is quite a bit lower than expected.

Rose is surely nowhere near the player he was when he won the NBA MVP back in 2011, but for a player who averaged 18.0 points and 4.4 assists per game last season, a score in the low-to-mid 80s would have perhaps been more accurate.

At the price the Cavaliers were able to sign Rose at, he is being considered one of the steals of the offseason. While a higher score in the video game would have been nice, it matters much more how he performs once the regular season rolls around.