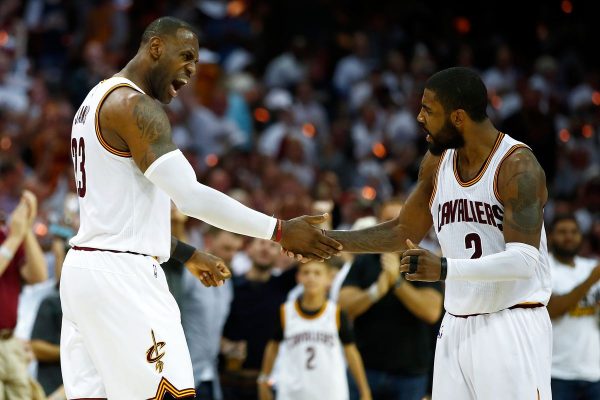 Since the drama around Kyrie Irving‘s recent trade request began, the talented point guard has been linked to several interested teams. The young All-Star has little control over who he is ultimately traded to, but that has not stopped him from sharing a list of his preferred destinations with the Cleveland Cavaliers. That list initially included multiple teams, but it is now being reported that Irving has narrowed down his options.

According to NBA reporter Peter Vecsey, who was a guest on the HoopsHype Podcast on Friday, Irving is most interested in joining the Los Angeles Clippers next season.

“I was told he wants to play for the Clippers. That’s the team I was told he wants to play. He loves L.A. and he’s been working out there a lot this summer. Do they have the assets to get him? I don’t see how. But they also have Jerry West and he’s been able to it figure out before,” he said. “The Lakers didn’t have the assets to get Shaq (Shaquille O’Neal) and he wheeled and dealed and he figured out and they got him.”

Vescey also said that Irving has not threatened to sit out games next season if he is not moved.

“He’s not saying, ‘Trade me or I sit.’ He asked to be traded, he told the owner why he wants out. Numerous reasons have come out, some of them have been exclusive to my column,” he said. “For instance, he’s angry that LeBron (James) wields so much power and control of the franchise, that bothers him. Another reason was is that he used to, this is kind of petty too, but he used to make fun of him in front of people. He’d mock his long dribble that he takes and then he’d fall down, you know, and lose the ball. Kyrie didn’t have a sense of humor where that came from.”

It seems Irving’s preferred team to be traded to changes by the week, but one thing remains clear — he still wants out of Cleveland. If the Cavs fail to receive an offer they deem worthy of Irving’s talent, we may discover whether or not Irving and James are capable of playing side by side despite the alleged collapse of their off-court relationship.