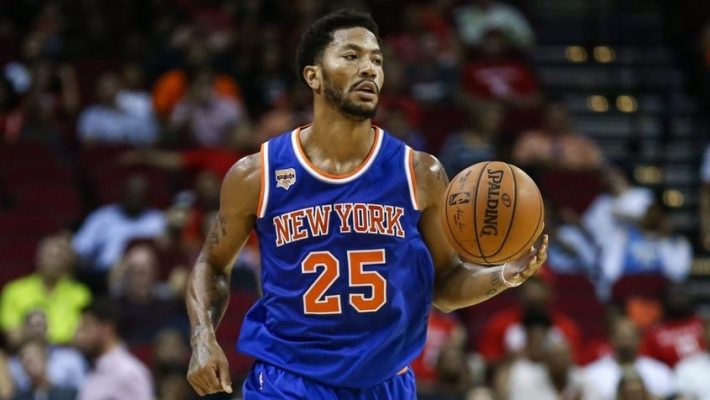 After a meeting with the team on Monday, former New York Knicks point guard Derrick Rose has agreed to sign with the Cleveland Cavaliers, according to Shams Charania of the Vertical.

Derrick Rose has committed to sign with the Cleveland Cavaliers and completed his physical exam today, league sources tell The Vertical.

It was said Rose would be signing a veteran’s minimum deal worth $2.1 million, but details of the contract haven’t been released yet.

The signing could not have come at a better time, as the Cavs are expected to be without their star point guard in Kyrie Irving next season. This is new Cavs general manager Koby Altman’s first major signing, and an even bigger trade is expected to ensue sometime in the future.