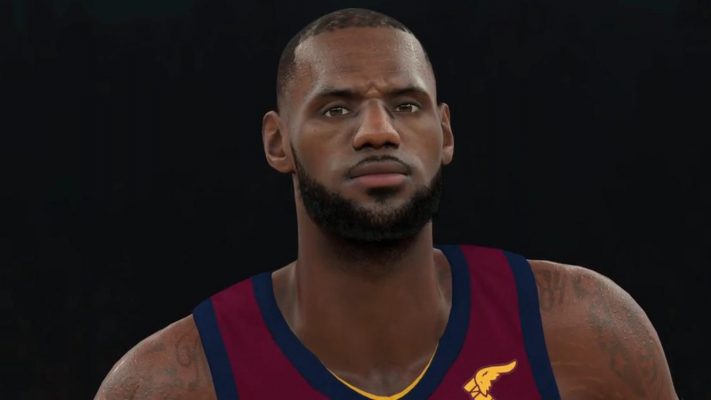 With the upcoming release of the much-anticipated video game NBA 2K18, fans will once again be able to play as their favorite teams and players. Thanks to a sneak peek image of LeBron James in the upcoming game, we get to see just how close to the real thing the game’s creators are getting.

According to Cnet.com, the incredible jump in image quality from last year’s version of the game comes from a mobile scanning studio made up of 146 cameras that takes highly detailed facial scans and player tattoos with up to 16,000 textures.

“We went back to scan data and we basically doubled the resolution of the face, and it was a ton of work,” NBA 2K18’s Art Director Anton Dawson said. “It allowed a lot of these likenesses to pop a lot more, and it’s a subtle thing, but it helps. Every little wrinkle and every little form that you can eke out helps.”

See what impact the state-of-the-art technology had on James’ likeness in the upcoming game below.

We won’t get to enjoy watching James dominate on a real NBA court for over two months, but thanks to NBA 2K18, we’ll get the next best thing much sooner when the game releases on Sept. 18.