Report: 76ers ‘Doing Everything They Can’ to Sign LeBron James to Max Contract 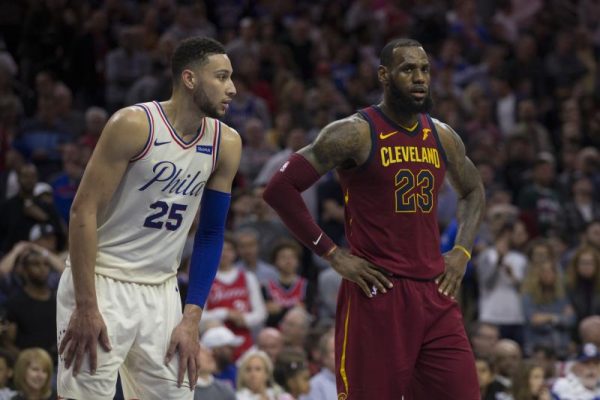 The 2018 NBA Draft was the talk of the basketball world earlier this week. Now that the big night has come and gone, it seems that most people’s attention has returned to trying to figure out where LeBron James plans to continue his NBA career.

According to a recent report, the Philadelphia 76ers are doing all that they can to try and get James to take his talents to the City of Brotherly Love.

NJ.com’s Zack Rosenblatt broke down what the 76ers are hoping to accomplish to make Philadelphia an attractive option for James.

“LeBron James will decide soon whether to exercise or decline a $35 million player option to remain with the Cavaliers,” he wrote. “There’s an outside chance he does that and runs it back with Cleveland one more time, who could potentially try to flip Kevin Love elsewhere to improve the roster.

“If he declines, the Sixers and Lakers come to the forefront of all James discussions, and the Sixers are doing everything they can to clear enough cap space to sign him outright to a max contract.”

After the 76ers sign their recent draft picks, they will have approximately $26 million in practical cap space. That would leave them around nine million short of the approximate $35 million James is expected to command.

The players to keep an eye on in terms of the 76ers’ attempt at creating cap space for James are Jerryd Bayless, Richaun Holmes, and Justin Anderson. Those three players are expected to command a total of approximately $12.6 million in cap space next season. If Philadelphia was able to dump the majority of those salaries, it would likely have the necessary space to sign James.

Hopefully the 76ers fail to make it work and take themselves out of the running to sign James. In the end, the less attractive options there are around the league, the better the chances are that James will decide to re-sign with the Cleveland Cavaliers.