Isaiah Thomas Reacts to Being Benched in 4th Quarter vs. Detroit Pistons 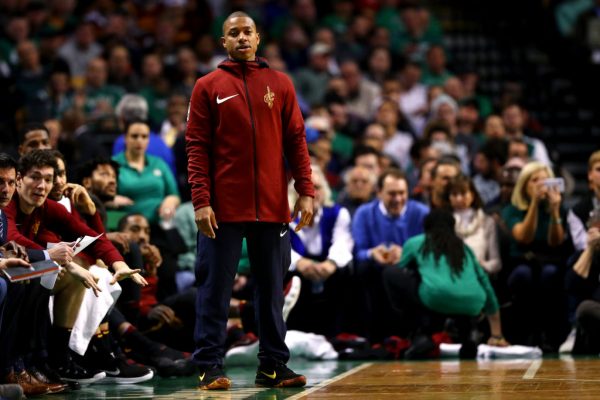 After Isaiah Thomas scored 10 points during the third quarter of the Cleveland Cavaliers‘ Sunday night victory over the Detroit Pistons, a great deal of attention was paid to the fact that he then sat out the entire final period. Despite the potential for controversy to develop, the answer lay simply in a change of team rotations by Cavaliers head coach Tyronn Lue.

In his postgame comments, Thomas’s simple response regarding his opinion of the move originally appeared to be on the defensive side.

However, Thomas then followed up by noting that he agreed with Lue’s decision to stagger his minutes and those of LeBron James with regard to leading the offense.

“We talked about it, so I think that needs to happen,” Thomas said of the adjustment. “My minutes just can’t be with LeBron at all times. We got to play to our strengths. Just like Chris Paul and James Harden, they don’t play together at all times.

The Pistons were held to just 17 points during the fourth quarter, which critics of Thomas’ defensive abilities noted. Still, the Sunday night win marked only the 10th game that he’s played in this season. That means that he’s still in the process of shaking off the rust that built up over more than seven months of rehabilitation for an injured hip.

Thomas and the Cavaliers will again face the Pistons in a game on Tuesday night. That contest will be in Detroit and tip off just after 7:30 p.m.