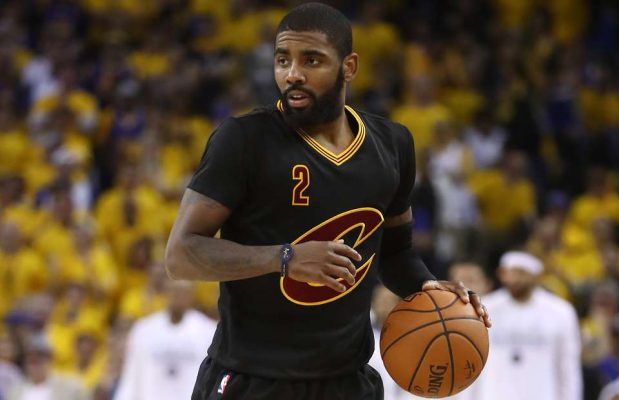 The wait for a deal involving Cleveland Cavaliers point guard Kyrie Irving has plenty of Cavaliers fans, the fan bases of other teams and Irving himself all likely eager to see such a transaction be completed. One group that also has a vested interest in where Irving gets sent is the Cavaliers’ front office, which doesn’t appear to be in any rush to get a deal done.

Steve Kyler of Basketball Insiders has looked at the situation and offered this assessment:

“One source whose team has been trying to find a way to deal for Irving said this week that there does not seem to be anything of a deadline for the Cavs to make a decision. While the Cavs have been very focused and professional in their talks, this particular team did not have any sense of where they stood in the Cavs process, describing them as in ‘fact finding mode,’ not necessarily deal making mode. That can always change quickly, but there doesn’t seem to be much urgency to find closure.”

The two most cited trade partners for the services of Irving have been the Minnesota Timberwolves and Phoenix Suns, though both potential deals are currently being scuttled by the other teams’ reported reluctance to give up key assets. In the case of the Timberwolves, that player is forward Andrew Wiggins, who was originally chosen by the Cavaliers in 2014 before being dealt in the trade for Kevin Love. With Phoenix, the player causing the logjam is rookie forward Josh Jackson.

Wiggins is supposedly not available because Minnesota is seeking to sign him to a long-term extension, while Jackson was selected in June by Phoenix as the fourth player overall in the 2017 NBA Draft.

Another team that was mentioned is the Miami Heat, though they’ve publicly stated that certain players in a proposed deal weren’t available. In addition, chemistry concerns that were evident when Irving and Dion Waiters played with the Cavaliers could also be at the heart of the Heat’s attitude.

The chief reason why the Cavaliers are being so cautious is because making a rash move could be a mistake that brings with it long-term ramifications. Chief among them is the uncertain status of LeBron James past the 2017-18 season, with any step backward possibly pushing James to sign with another team, which would likely spark another rebuilding effort.

As training camp gets closer, that sense of urgency may increase for the Cavaliers, considering the relationship between Irving and James has deteriorated since Irving’s trade request became public.