Video: Kyrie Irving Goes Off on Teammate During Pickup Game 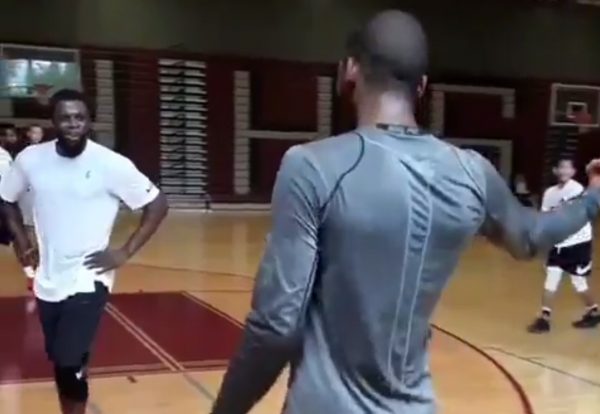 Kyrie Irving can’t seem to get along with a lot of his teammates. Over the weekend the disgruntled Cleveland Cavaliers star, who has been transparent in his desire to no longer play alongside LeBron James, was captured in a video yelling at an unidentified, non-professional teammate in what appeared to be a pickup game.

“We’re on a real life court,” Irving yells at his teammate. “Alright, keep talking back and forth, I’m going to hold the ball.”

His teammate tried to plead his case, but Irving continued to criticize him.

Watch the interaction below.

While the game in question seems to be as low stakes as it gets, it appears that we are already getting a taste of what kind of leader Irving would be if he were to be traded from the Cavs to become the face of a different franchise as he so desperately desires.