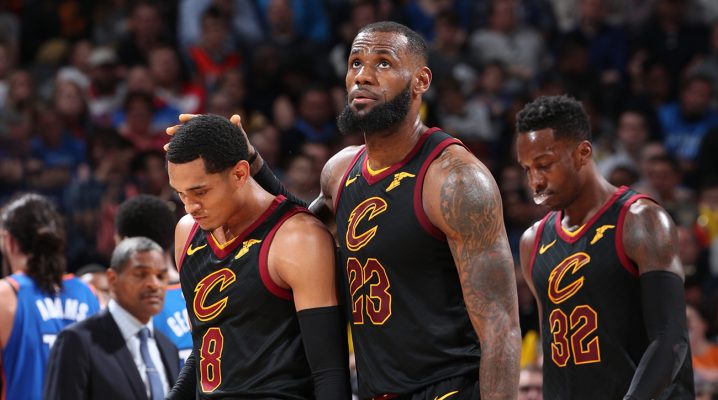 The Washington Wizards may have spoiled the first home game of LeBron James with his new teammates but that didn’t affect the way the King views their overhauled roster. The Cleveland Cavaliers lost to the Wizards 110-103 at Quicken Loans Arena on Thursday night.

James flirted with a triple-double with 32 points, nine rebounds, and eight assists. Despite coming up short to seal the deal, the 2018 All-Star MVP still felt good about the all-around performance of his team.

“I think we played well tonight, even though we lost,” James said. “I hate losing, obviously, but I think the way we played, the way we shared the ball. Defensively, we were flying around as well and those guys, they just played better than us tonight.”

The new Cavs missed plenty of shots with George Hill going just 2-of-10 from the field and Jordan Clarkson going 3-of-7. Also, neither player made a single 3-pointer on the evening.

“Tonight we still played to our game, just didn’t make a lot of shots,” James said.

The King scored the Cavs’ last 12 points while the rest of the team struggled with its shooting. The way James took over the game showed the change in mindset he has made in preparation for the playoffs.

In an interview with Dave McMenamin of ESPN.com, the Cavaliers superstar spoke about his new mentality.

“Before the deadline happened, before the trades happened, I re-focused myself to understand that I’m the leader of this team and I have to be mentally sharp and mentally strong throughout anything,” James said. “Even before the trade, I planned on us having that team for the rest of the season.”

With James recalibrated and re-energized, good things are certain to happen with the new-look Cavaliers team. Like everybody else, we all just need to wait and see.

The Cavaliers take on the Memphis Grizzlies on Friday, the second game of a back-to-back.