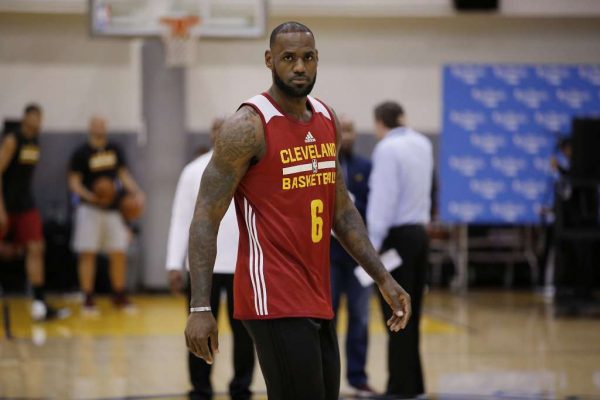 LeBron James and Derrick Rose will get their first taste of team bonding this week since Rose signed with the Cleveland Cavaliers. ESPN‘s Chris Haynes has reported that James invited the former NBA MVP to join him in Las Vegas for some offseason workouts, and they won’t be alone.

The Phoenix Suns‘ Eric Bledsoe, a player that has been brought up as possible trade bait for Irving, will also be among the players working out with James and Rose.

It’s impossible to say whether this development points to a possible trade deal in the works, or if the players just want to enjoy some offseason time together, but there is no doubt that it adds yet another wrinkle to Irving’s trade demand story that has taken the NBA by storm.