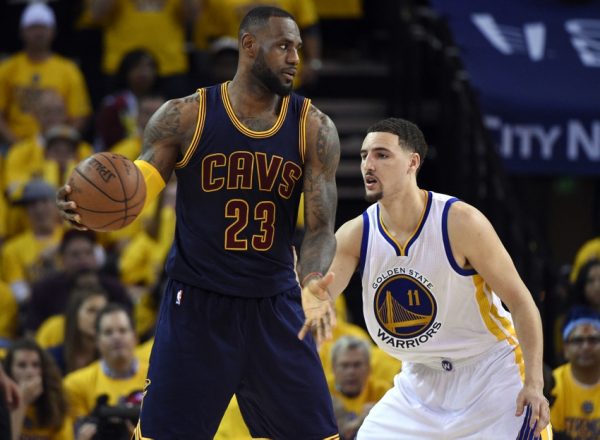 Every kid aspiring to be in the NBA has an inspiration or role model in the league.

For the past decade or so, that player has mostly been Cleveland Cavaliers superstar LeBron James. The 31-year-old has won two championships, four MVPs, has smashed several records and is currently in his sixth straight NBA Finals. The forward can do almost anything on the court, and his flashy dunks and powerful chase-down blocks are just a couple of fan favorites.

Since James made his triumphant return to Cleveland in 2015, however, one other star has emphatically risen to the top of the NBA ladder: Golden State Warriors point guard Stephen Curry. The three-time All-Star won back-to-back MVPs (first unanimous winner), led his team to a championship last year and has spearheaded a 73-9 win team this season in addition to breaking numerous personal records from the three-point line.

Plenty of people think the guard has stolen the show from James and is a better player for fans to compare to. One particular person who shares this thought is Curry’s backcourt mate, Klay Thompson, who believes Curry is more relatable due to his physical makeup and personal hard work.

“I think it might be easier for the common fan to relate to Steph because it’s hard to be 6’8,” 260 [pounds] and have a 40-inch vert and be the fastest guy on the floor,” Thompson said. “So, I mean, the casual fan might relate better to Steph because he doesn’t have that athletic, just God-given ability. It’s tough to say. It’s just personal preference, honestly.”

The Warriors shooting guard has a point and one maybe even Cavs fans can see into. Whether that may be the truth or not, all fans will be want to be like the player who ultimately wins the the NBA Finals. Right now, James’ Cavaliers are down 0-2 to the Warriors and despite Curry’s not-so-dominant performances in Games 1 and 2, the 6’3″ point guard is expected to get full credit if his teams defends its throne.