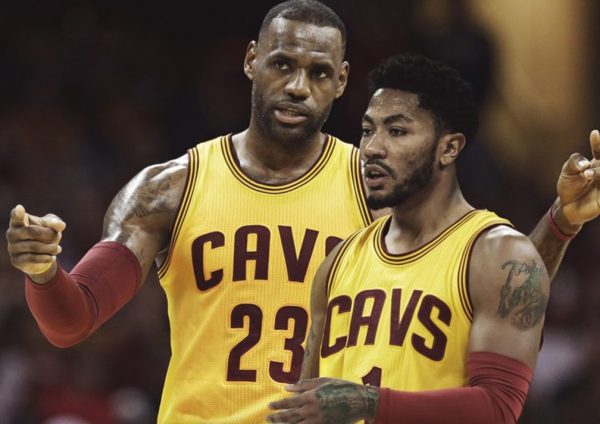 The Cleveland Cavaliers signed free agent point guard Derrick Rose on Monday to a one year, $2.1 million deal. The former MVP is expected to be Kyrie Irving’s replacement, though we could see the Cavs trade for another guard, relegating Rose to the bench. But for now, Rose is expected to start alongside LeBron James.

Rose had discussed with the Cavs how the team will return to the NBA Finals without Irving according to Cleveland.com, and now that Irving has openly asked to be traded, James is reportedly “eager” to send his former point guard off.

James publicly applauded the signing of Rose almost immediately and looks to be excited to share the court with his new point guard.

The three-time NBA champion has reportedly been communicating with Rose throughout the process and eventually helped the Cavs land the former MVP.

Derrick Rose has communicated with LeBron James through the process that led him to the Cavaliers, league sources tell ESPN.

Rose is still only 28 years old and averaged 18.0 points, 3.8 rebounds, and 4.4 assists for the New York Knicks last year. The one caveat to Rose’s game, however, is his long list of injuries. Most recently, he suffered a torn meniscus in his left knee last season and was ruled out for the rest of the 2016-17 campaign with the Knicks.