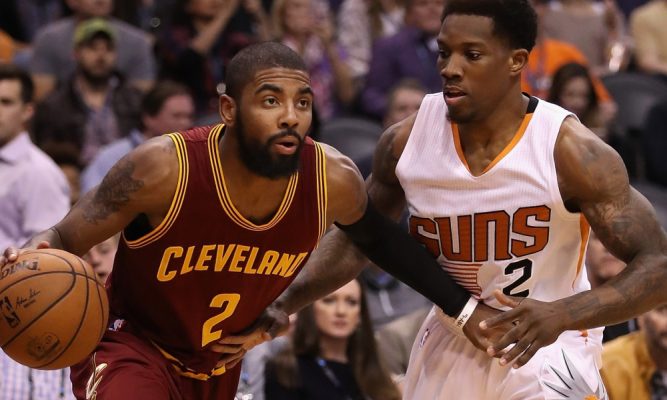 *UPDATE: According to Arizona Sports 98.7’s John Gambadoro, the Suns “will NOT” part with Josh Jackson in an attempt to acquire Kyrie Irving.

The Cleveland Cavaliers have already begun fielding offers for disgruntled point guard Kyrie Irving, and the Phoenix Suns are reportedly putting all of their cards on the table.

According to @WindhorstESPN, the Suns would consider trading Eric Bledsoe, Josh Jackson, and a Pick for Kyrie Irving.

Windhorst, however, did admit that the Suns’ willingness to part ways with Jackson isn’t a sure thing.

“Would they be willing to include that prized young player in a package for Kyrie Irving? It’s unclear at this point,” he said.

The trade could benefit both clubs greatly. The Suns would pair Irving’s offensive firepower with their young star Devin Booker, and the Cavs would get improved passing and defense from Bledsoe, as well as a premier talent for the future in Jackson.

The Cavs are sure to receive many more potential trade offers from teams all around the NBA, but the fact that the Suns are considering this as an option bodes well for Irving’s value.