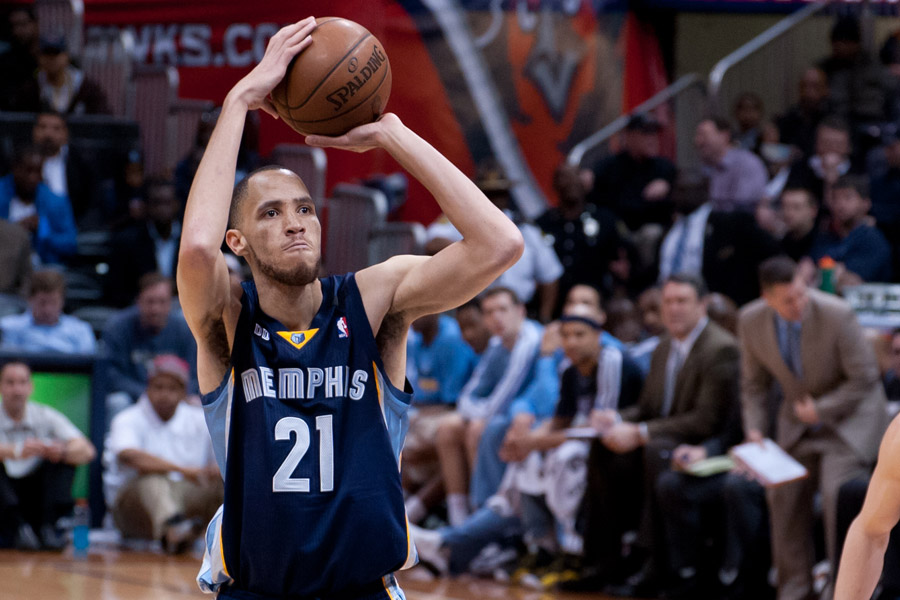 During a Friday radio appearance on ESPN Cleveland, one of the network’s basketball writers, Brian Windhorst, said that he expects the Cleveland Cavaliers to put together a trade to acquire a veteran player over the next five weeks, with that player rumored to be forward Tayshaun Prince of the Memphis Grizzlies.

Windhorst: “I expect the #Cavs to make a trade between Dec 15-Jan 10 with their trade exception included.”

Windhorst: “I’ve heard there’s been interest from the #Cavs in Tayshaun Prince, who’s fallen out of the rotation in Memphis.”

The 34-year-old Prince is currently in his fifteenth season overall and fourth with Memphis, making $7.7 million this year. To make the deal, the Cavs need to match the salary, with Tristan Thompson the only player whose salary would be a fit, since the $5.3 million trade exception they hold isn’t enough.

In either case, it means that there must be another way to consummate the deal, since the Cavaliers won’t even consider any such deal that involves Thompson.

The possibility of the Grizzlies waiving Prince exists, although that would require him to accept a buyout that would likely include him accepting a smaller amount of money.

Prince’s current status may have him willing to accept that possibility, since he would provide another experienced body that could see increased playing time. Also, the inviting possibility of adding a second championship to his resume might entice him. Back in 2004, Prince was part of the Detroit Pistons squad that knocked off the Los Angeles Lakers in the NBA Finals.

Prince has only played in 10 of the 19 Memphis games this season, and is averaging 21 minutes per game. He is averaging 7.9 points and 4.5 rebounds this season. For his career, he has hit close to 37 percent of his three-pointers, connecting on eight of 15 in that category this year.

Given all the hoops that must be jumped through just to set up the deal, it may be asking too much for the Cavaliers to work this deal. However, just six months ago the possibility of LeBron James returning and the team trading for Kevin Love likely seemed ludicrous, so this looks to be a case of never say never.