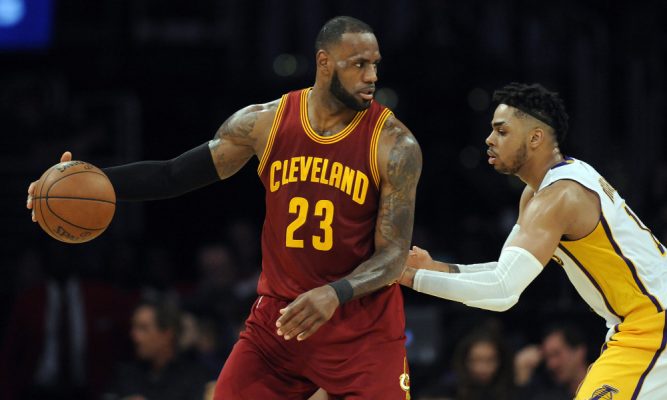 With the Los Angeles Clippers‘ strategy to try and get LeBron James to play for them in the 2018-19 NBA season, the other Los Angeles team is reportedly laying the groundwork for that exact same possibility. That’s one take on the news that the Los Angeles Lakers will be sending former Cleveland Cavaliers center Timofey Mozgov and D’Angelo Russell to the Brooklyn Nets in exchange for center Brook Lopez and the 27th pick in Thursday’s NBA Draft.

For the Lakers, this is longer-term play to clear space for Paul George and LeBron James pursuit. Lonzo Ball on way at No.2 https://t.co/KxfdEuAUO0

James has a home in Los Angeles and is a potential free agent after next season, which could lay the blueprint for him to once again leave the Cavaliers. The departure of David Griffin as the Cavs’ general manager is something that won’t help such a rumor from fading away, given James’ public support of him in the past.