Video: LeBron James Explains How Cavs Will Integrate Tristan Thompson Back Into Rotation 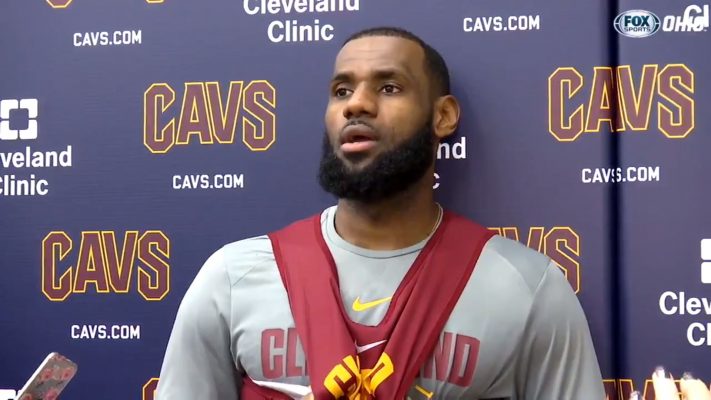 At some point during Tuesday night’s game between the Cleveland Cavaliers and Atlanta Hawks, the Cavaliers are expected to welcome back center Tristan Thompson from a calf injury that’s kept him out since Nov. 1. Thompson will come off the bench, with LeBron James explaining during Tuesday’s morning shootaround how the team will blend Thompson back into the lineup.

LeBron James discusses how the Cavaliers will integrate Tristan Thompson back into the rotation. Thompson hasn't played since Nov. 1. #Cavs pic.twitter.com/s6W8TlpnIQ

“First of all, I mean we’ve got to get him acclimated back to where we’re doing. He hasn’t played since Nov. 1,” James said. “What, today’s the 10, 11th? The 12th? Whatever day it is, he has to get his wind back, he has to get his rhythm back. So, I don’t think it’s gonna be like right now, boom. But we’re happy to have him back, for sure. He’s gonna be a big piece of our team long-term, so we’re happy to have him back, have him integrated into what we’re doing.”

Thompson left that Nov. 1 loss to the Indiana Pacers during the latter stages of the first half with a calf strain and an MRI the following day resulted in a diagnosis which revealed he would likely be out for at least a month. The six-week rehabilitation was undoubtedly a cautious approach taken by the Cavs in order to avoid any recurrence of the issue in the months ahead.

At the time of Thompson’s injury, the Cavaliers were in the midst of some early-season struggles, with that Nov. 1 loss giving them a 3-5 record. They would split their first four games without him before embarking on a 13-game winning streak that tied a franchise record. During his 19-game absence, the Cavaliers compiled a record of 16-3.