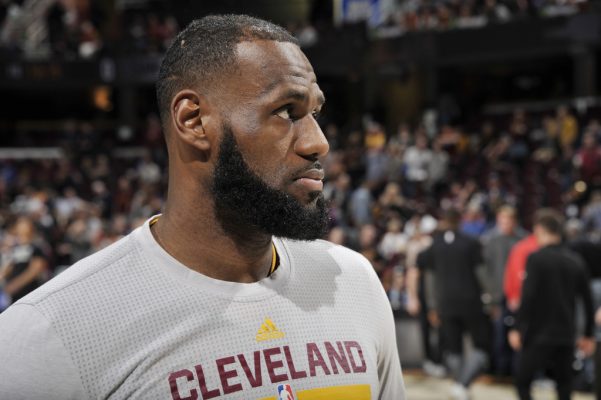 The lack of activity on the part of the Cleveland Cavaliers towards taking steps to improve their team this offseason hasn’t gone unnoticed by their most important player, LeBron James. That inaction could potentially end up costing the franchise his services a year from now.

Jeff Zillgitt of USA TODAY Sports reports that James has grown increasingly “frustrated and concerned” about the fact that the Cavaliers still don’t have a general manager, one month after David Griffin left the organization after failing to work out a new contract with team owner Dan Gilbert. In addition to losing Griffin, the team’s vice president of basketball operations, Trent Redden, also left at the same time as Griffin.

“Gilbert’s decision left the Cavs without the franchise’s top two front-office execs at a critical time, and it left James frustrated and concerned about the team’s ability to put together a roster that can better compete with Golden State, the person with direct knowledge of James’ thinking told USA TODAY Sports. The person was not authorized to speak publicly and requested anonymity.

“Further exacerbating James’ frustration is the Cavs were close to making a deal for then-Chicago Bulls All-Star Jimmy Butler the day Gilbert decided to mutually part ways with Griffin and Redden, two people familiar with negotiations told USA TODAY Sports. They requested anonymity because they were not authorized to speak publicly on the negotiations.”

In contrast to the Cavaliers’ inactivity, their main rival, the Golden State Warriors re-signed their general manager Bob Myers, as well as four free agents. Among that quartet were two centerpieces, Stephen Curry and Kevin Durant.

The Cavs’ inability to sign free agent Jamal Crawford only added to James’ growing frustrations. Instead of paying Crawford, the Cavaliers chose to sign Cedi Osman, who isn’t expected to make much of an impact for the upcoming season. In addition, other teams like the Houston Rockets, Boston Celtics and Oklahoma City Thunder also added key players to their rosters.

Zillgitt also wrote about exactly how these issues could end up coming back to haunt Gilbert when the 2018 edition of free agency begins next July:

“It doesn’t take a wild imagination to see him elsewhere – especially if he feels there’s a better opportunity for him to win a championship with another team. The Lakers are mentioned as a possibility with James recruiting another star to join a young and talented core for the 2018-19 season.”

Thus far, the Cavaliers have only signed free agents Jose Calderon and Jeff Green and have re-signed one of their own free agents, Kyle Korver. At the same time, other teams have hired new personnel to run their respective teams.