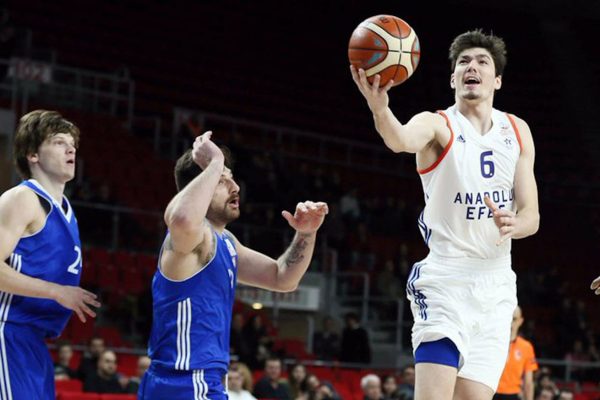 Turkish national Cedi Osman will execute his $1 million buyout from Anadolu Efes S.K. (Istanbul) of the Turkish Basketball Super League and will soon meet with the Cleveland Cavaliers‘front office.

According to reporter David Pick, the 6-foot-8 swingman is planning to suit up for the Cavs for the 2017-18 season.

Source: Cavs stash Cedi Osman is headed to Cleveland to meet staff and informed Anadolu Efes he'll pull the trigger on his $1M NBA out.

Originally drafted by the Minnesota Timberwolves as the 31st overall pick in 2015, but acquired by the Cavs in a draft-night trade, the 22-year-old’s transition to the NBA had been expected. With Richard Jefferson possibly eyeing retirement, Osman could serve as an understudy and backup to LeBron James.

Though his outside shot requires refinement and consistency, he’ll instantly add a high-running motor, defensive effort, and playmaking skills to the bench. He averaged 7.1 points and 2.8 rebounds a game for Anadolu Efes last season in 18.3 minutes per game.

Kevin O’Connor from TheRinger.com believes his versatility will be a significant asset. Here’s O’Connor’s 2015 draft report on Osman:

Cavs draft & stash Cedi Osman is coming to the NBA, per @IAmDPick. My dude @GwashburnGlobe knows how much I like Cedi. 2015 scouting report: pic.twitter.com/Er14fE5hzm