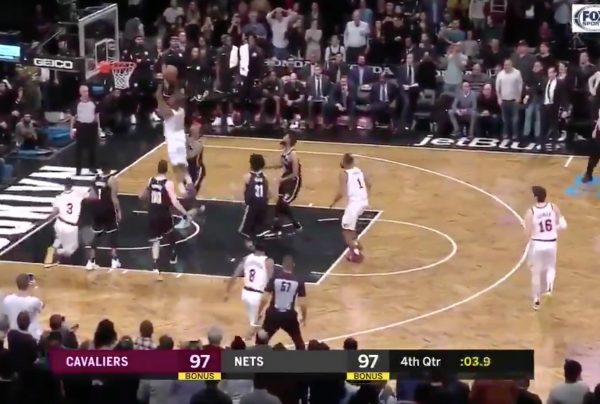 In just his third game in a Cleveland Cavaliers uniform, the newly acquired Alec Burks may already have the play of the team’s young season.

With just 5.6 seconds remaining, and the Cavs tied with the Brooklyn Nets at 97, Burks drove the lane against opposing guard Spencer Dinwiddie, put the ball behind his back, and finished with a nasty two-handed slam to put his team up, 99-97, with 3.2 seconds remaining.

The Cavs bench proceeded to explode as Burks elevated his team to its fifth win of the season. He finished with 13 points and seven rebounds in 28 minutes of action.

The Cavs are now 5-18 on the season and will get the opportunity to ride tonight’s high into Wednesday’s contest against the defending champion Golden State Warriors. Tipoff for that game is set for 7 pm EST.