Report: LeBron James and Nerlens Noel Plotting to Team Up on Lakers Next Summer 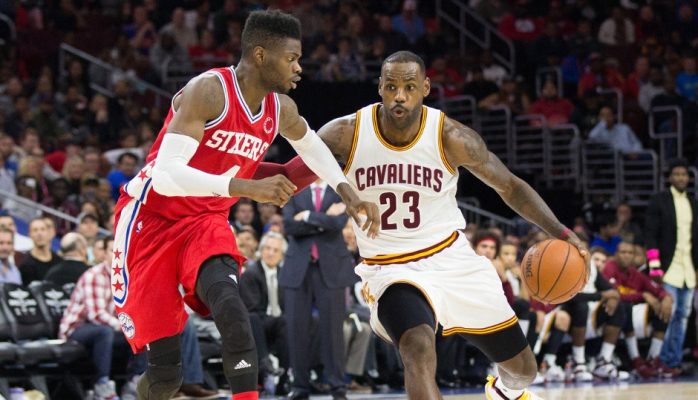 Despite the 2017-18 NBA season having only completed seven weeks worth of action, there’s already been plenty of rumors related to what will take place next season. One of the chief areas of speculation continues to be the ultimate destination of Cleveland Cavaliers forward LeBron James, who has the option of becoming a free agent next July.

Among the latest rumors is one that has James and Dallas Mavericks forward Nerlens Noel signing to play next year for the Los Angeles Lakers. It comes from Mike Fisher of Scout.com, who pointed out that Noel has decided to undergo surgery on his injured thumb in Cleveland:

“Where is Noel going to have the surgery?” Fisher wrote. “In Cleveland, hometown of LeBron James and a headquarters for agent Rich Paul, who reps both LeBron and Noel and yeah, it’s kind of an open secret now that the fellas are plotting ways to end up together, maybe next July 1 via free agency to the Los Angeles Lakers.”

Adding fuel to this projection is that James purchased a second mansion in Los Angles earlier this week. Of course, James has given no indication that he plans on leaving the Cavaliers organization after this season.

Erik Garcia Gunderson of USA Today doesn’t appear to agree with such rumors, indicating that Noel’s past issues with both teams that he’s played for clash with James’ team-first approach:

“For a player like LeBron who is trying to win titles, it doesn’t seem like the kind of job James would be up for: trying to turn around a young talent with a difficult personality,” Gunderson wrote. “We’ve seen a few times, whether with Dion Waiters or Larry Sanders, that James just doesn’t have time for that.”

James may very well end up in Los Angeles when the final decision is made, though this particular rumor doesn’t currently appear to have much strength attached to it.