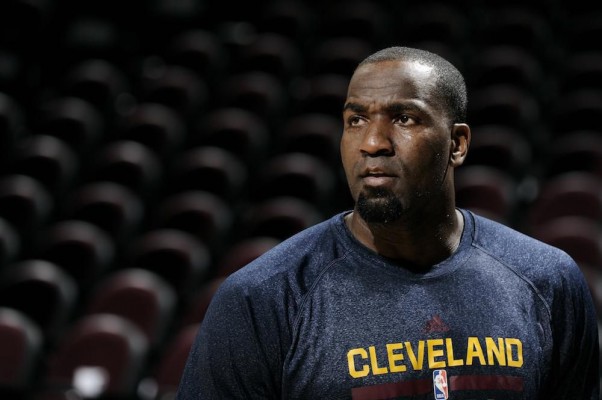 On Wednesday morning, Cleveland Cavaliers reserve center Kendrick Perkins and his wife Vanity were involved in an altercation that resulted in police being called to the scene.

The Cleveland Plain Dealer reported that police in the suburb of Westlake responded to a 911 call at 9:37 a.m. ET, which indicated that a woman could be seen hitting a man inside a parked SUV. In addition, the woman was preventing the man from getting out of the black vehicle.

Police found Perkins and his wife inside the van, but both indicated it was simply an argument, with neither of them having any noticeable injuries.

Due to those circumstances, police decided not to arrest either Perkins or his wife, though the city prosecutor will look at the police report to decide if any charges should be filed against either person. Perkins was given a ride back to the couple’s home, while his wife drove off.

The Cavaliers released an official statement about the incident, stating, “There were no arrests or citations made by the Westlake Police, who responded on site, and there have been no accusations of wrong doing.”

Perkins is said to be cooperating with the police, and is scheduled to leave later in the day for Chicago, where the Cavs will attempt to close out their Eastern Conference semifinal series against the Chicago Bulls on Thursday night.