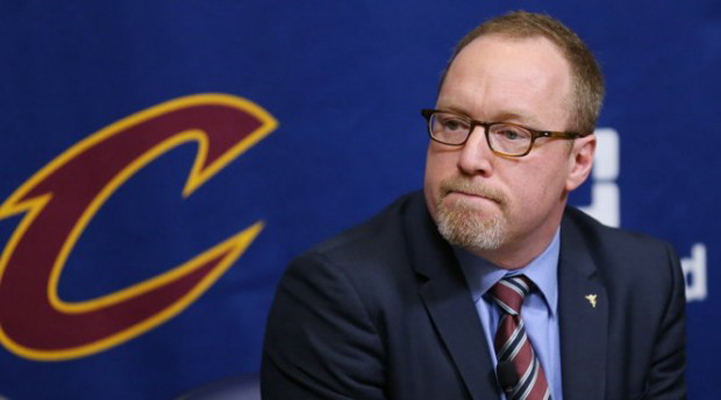 After Monday night’s 124-122 loss to the New Orleans Pelicans, James proceeded to rip apart the front office and plead for the addition of another playmaker to the team.

Apparently, Griffin didn’t take too kindly to James’ comments, although he did admit that the two had “good conversation” in their one-on-one meeting.

“The comment about the organization being complacent I think is really misguided,” Griffin said. “Organizationally, there is absolutely no lack of clarity on what our goal set is. We are here to win championships, and there is no other solution, there is no other outcome that is acceptable, and there never has been. But in terms of the on-the-court complacency, I’ve seen a lot of that.”

According to ESPN, one source claimed that there was utter disbelief that James could even question the Cavs’ desire to repeat as NBA champions, considering Cavs owner Dan Gilbert is currently on the hook for $127 million plus luxury tax — the largest payroll in league history.

“The thing we have to do the most is get better from within,” Griffin said in an impromptu briefing Wednesday before the Cavs’ game against the Sacramento Kings. “This is the team we have, and we really like this team a lot. We believe in this team at a deep level, and we need to get better from within and play better, quite frankly. We need to have a greater sense of urgency and start to develop a championship identity. I think it’s clear we have not been doing that.”

However, another source within the team’s front office reportedly told ESPN that the timing of James’ comments was “brilliant,” as the Cavs have thrived in times of adversity the past couple seasons.

“We’re a team that will create an opportunity for ourselves to have to dig out of a hole,” Griffin said. “We do it in every single game. It’s just how we are. We’re not good from the front. We’re much better when we’re the hunter. I see us every year put ourselves in position to have to fight out of something. It’s what we’ve done as a team, and it’s hard for me to tell you we’re dealing with a lot of adversity when we’re No. 1 in the East. But we have a tendency to be our best when our backs are against the wall, so I have no reason to believe that won’t be true now.”

Whether James is creating havoc as a jolting mechanism to awaken his team in its current state of complacency or simply being genuine in his request for a playmaker and backup point guard, Griffin says he doesn’t feel any added pressure to speed up his search.