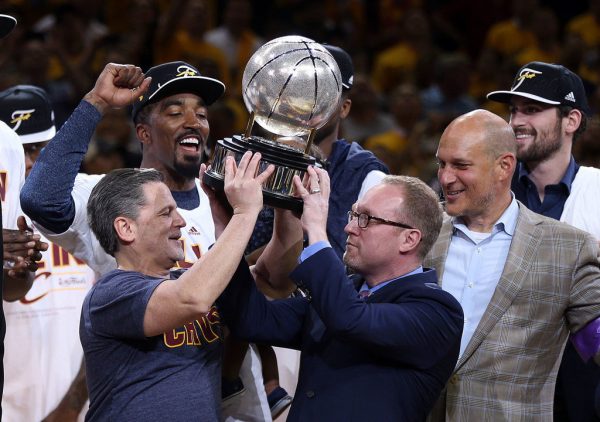 According to NBA.com, the Cleveland Cavaliers and General Manager David Griffin have mutually decided not to extend Griffin’s current contract, which expires on June 30, 2017.

“On behalf of the entire organization, I would like to thank Griff for his leadership and many contributions during his time here, including most recently, his role in the franchise’s first NBA Championship.

“We have no announcement at this time related to new leadership of the Cavaliers basketball operations group, but we are confident our current front office will continue to aggressively explore and pursue opportunities to improve our team in the weeks ahead.”

Former Detroit Pistons point guard Chauncey Billups has reportedly emerged as a candidate to take over the team’s duties as general manager as he has close ties to both Cavs head coach Tyronn Lue and Gilbert.