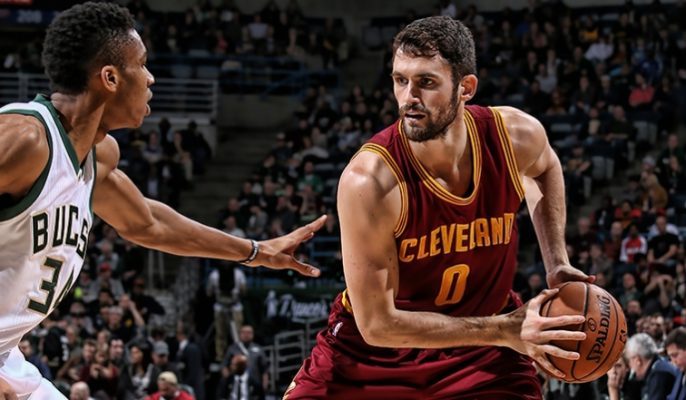 When the Cleveland Cavaliers return to Milwaukee on Tuesday night to face the Bucks, they’ll be without one part of their Big 3. That’s because power forward Kevin Love will be sitting out the game due to a left knee contusion suffered in the Cavaliers’ Saturday night victory against the Los Angeles Lakers.

“He took a blow to the knee, knee-to-knee, and it swelled up on him and it’s kind of stiff,” Cleveland head coach Tyronn Lue said.

Love suffered the injury when his knee collided with the knee of the Lakers’ Larry Nance Jr. The issue didn’t appear to affect Love’s performance as he scored 27 points and brought down 17 rebounds. However, he sat out the team’s practice on Monday, so Richard Jefferson will be starting in his place on Tuesday night.

For Wednesday night’s game, which is the latter part of a back-to-back series with Milwaukee, Love is currently being listed as questionable.

Tuesday’s game will be the second contest in a week that Love has missed, with the veteran having sat out last Wednesday night’s loss to the Memphis Grizzlies. Love, who joined teammates LeBron James and Kyrie Irving in not even making the trip, was held out for both rest purposes and to allow some minor back trouble to subside.

If Love doesn’t play in either Milwaukee game, his next opportunity to take the court will come at home on Friday night against the Brooklyn Nets. That contest will precede the huge Christmas Day showdown between the Cavs and Golden State Warriors.