Report: Several Veterans Would Sign With Lakers for Minimum Deal If They Land LeBron James 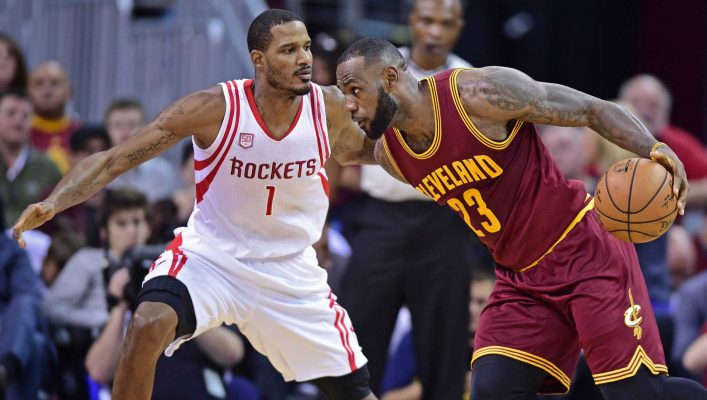 LeBron James continues to dominate sports headlines with many speculating that he is set to sign a contract this summer with only one of two teams—the Cleveland Cavaliers or Los Angeles Lakers. Free agency is only a few days away and several free-agent veterans have already voiced their opinions about what their plans are.

Some of them have decided that they are joining the Lakers if the 14-time All-Star will be playing there next season. Not only that, they are willing to play for the veteran’s minimum for the chance to play with James and the possibility of winning a championship with him.

Several veterans have told me they'd settle for a minimum deal with the Lakers if they land LeBron James. All eyes will be on L.A. and very few teams have cap room this summer, so they'd have no trouble adding complementary pieces to fill out the roster: https://t.co/T7krjvPCDw

The Lakers are expected to trade for the disgruntled Kawhi Leonard of the San Antonio Spurs and they may have a shot at landing Paul George in free agency as well. If these two deals happen, the only contracts available to fill out the roster are most likely going to be veteran’s minimum contracts.

For the Lakers to steal Leonard from the Spurs, they are probably going to have to give up Josh Hart, Brandon Ingram and Kyle Kuzma. Julius Randle will also be on the way out but maybe to another team. Lonzo Ball may not be in a Lakers uniform for long, too.

If James, Leonard and George join forces and wear purple and gold next season, veterans who are looking to win a championship now are no doubt going to come knocking on the Lakers’ door very soon.