Don't Miss
Home / Editorials / Is Kyrie Irving the Most Clutch Player in the NBA?

Is Kyrie Irving the Most Clutch Player in the NBA? 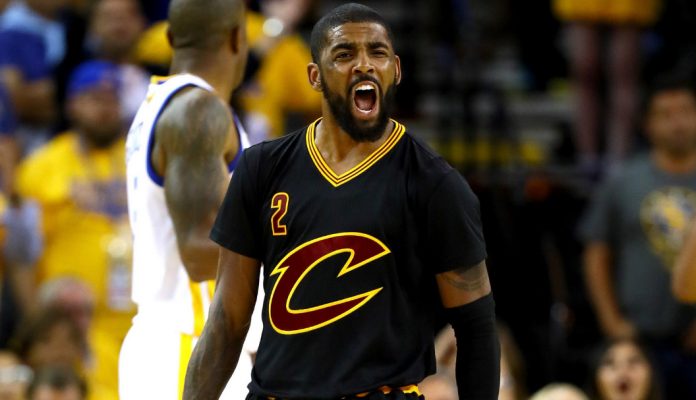 Chances are Kyrie Irving might not remember when Houston was known as Clutch City during the time the Houston Rockets were winning back-to-back NBA championships in the mid ’90s.

No matter. At the rate the Cleveland Cavaliers guard is going, he can give that term a second life.

With the memory of his last-minute Game 7 three-pointer in the NBA Finals still fresh in everyone’s mind, Irving has started the Cavs’ 2016-17 season in similar fashion. Another tie-breaking shot by him in front of another hostile crowd Friday night enabled the Cavs to prevail against the Toronto Raptors in an Eastern Conference Finals rematch, 94-91.

The stakes weren’t as high as on that never-to-be-forgotten June evening at Golden State. And unlike when he cleared a side of the floor and fired up a three over Stephen Curry, Irving was on the receiving end of a pass from LeBron James, when he snapped a 91-all tie with 44.3 seconds to go.

But making big shots such as that only further builds upon the reputation in progress of someone who won’t turn 25 until March. It made no difference that Irving was only 1-for-9 in the fourth quarter up to that point, as the Raptors pulled even in a game which they had trailed virtually from the outset.

Sometimes you’re only as good as your last shot. As Irving told ESPN.com’s Dave McMenamin:

“I mean, the fourth quarter is usually money time. I’ve always felt that way since I’ve kind of played basketball, but having the trust of your teammates and trust of the coaching staff, it means a lot. It goes a lot further than I think people realize.”

That performance came on the heels of an opening night in which Irving lit up the New York Knicks for 29 points in an equal number of minutes. Sure, it was impossible to ignore the 25 points, 14 assists and 11 rebounds James had in the 111-88 romp; but a year after not starting the season in uniform because he was still at less than full strength following knee surgery, Irving has served notice that he’ll be fully engaged moving forward.

Irving ranked among the top clutch scorers in the NBA last season. But that was primarily because he’s been almost automatic from the free-throw line in tight games. His 36.1 percent mark from the floor paled in comparison to the statistics put up by James (42.4), Curry (44.2) and Dwyane Wade (45.5).

As was illustrated so vividly in Irving’s 41-point effort in the Game 5 win over the Warriors which kept the series alive, James is perfectly willing to defer to his fellow All-Star. Irving told NBA.com after the victory over the Knicks that he knows he can take over a game but doesn’t want to see that come at the expense of attempts by James or Kevin Love.

“You just try to find an incredible middle ground,” Irving said. “We have such incredible pieces on this team that there’s never one game where I go in and think, ‘I’ve got to score 30 points in order for us to win.’ I really just come in and think about ‘What can I do for my teammates for us to be successful at the end of the night?’ They feed off of me, I feed off of them.”

In Saturday night’s 105-99 win over the Orlando Magic, it was J.R. Smith who helped the Cavs prevail after nearly squandering all of what was once a 22-point lead. Irving had a relatively quiet 20 on the second game of their first back-to-back of the season.

Irving will try to keep his streak of games of 20 or more points going Tuesday night when the Houston Rockets come to Quicken Loans Arena.