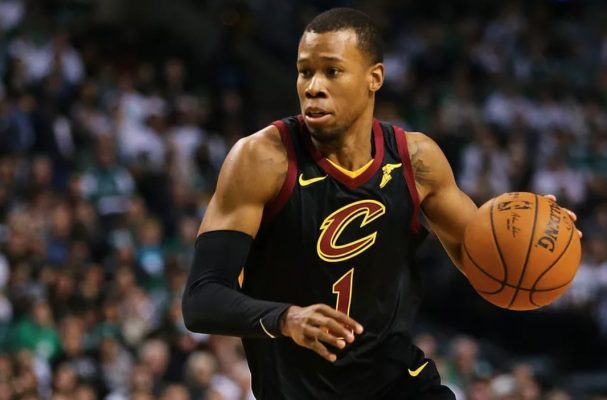 When the Cleveland Cavaliers close out the 2017-18 regular season Wednesday night, their roster for the game against the New York Knicks will again be missing one member of what’s been the most recent starting lineup. Guard Rodney Hood will sit out the game to rest a sore left Achilles tendon, according to the team’s official game notes.

Rodney Hood (Achilles) is listed as out for Wednesday against the Knicks.

Hood also sat out Monday night’s road victory against the Knicks after playing just 12 minutes last Friday night in Philadelphia. In that contest against the 76ers, Hood scored just four points after averaging 14 in his previous two efforts.

The continued rest is being done to ensure that Hood is as healthy as possible when the Cavaliers begin the postseason this weekend. Following tonight’s game, the Cavs will know whether or not they are the third or fourth seed in the Eastern Conference.