What LeBron Said in Disgust During Tristan Thompson-Draymond Green Fight 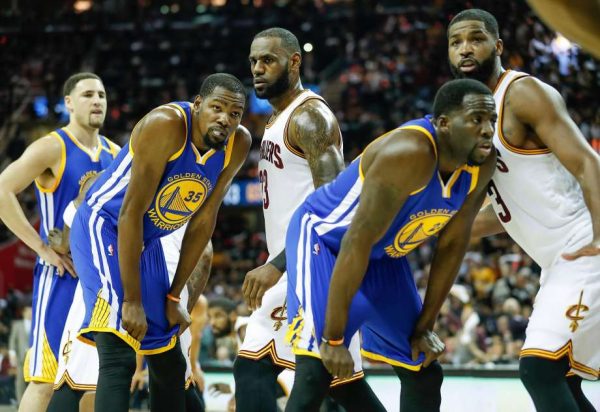 The lingering feud between Cleveland Cavaliers center Tristan Thompson and Golden State Warriors forward Draymond Green erupted into a brief fight on July 18 that was won by Thompson. The scuffle also managed to involve the last two NBA Finals MVPs in LeBron James and Kevin Durant, yet the inappropriate setting for the feud’s resumption was enough for James to offer a succinct note of disgust about what happened.

LeBron allegedly was so disgusted about the situation at this upscale invite only party he left after the scuffle and was like "I am too old for this" https://t.co/gphHnZzQPh pic.twitter.com/wnGeXeiFJo

That setting was a private party at a Los Angeles nightclub, with the genesis of the fight going back nearly two months. Green’s abrasive style of play has gotten on the nerves of plenty of players over the years, something that Thompson dealt with after he had been ejected in the closing minutes of Game 1 of this year’s Finals. The seven-year veteran shoved the ball into Green’s face and nearly sparked an on-court fight. As a result, the Warriors forward still held a grudge after the Warriors completed their four-game sweep on June 8, refusing to shake hands with Thompson. His subsequent comments then proceeded to light the fuse for what eventually took place.

At the time of those events, James was still a member of the Cavaliers, a status that changed when he signed as a free agent with the Los Angeles Lakers on July 1. James has spent most of the past few summers in the Los Angeles area as a member of the Cavs, but will now live there on a regular basis. The 33-year-old veteran of 15 NBA seasons has seen plenty during his time in the league, including dealing with his own battles involving Green. However, it appears clear that he’d prefer that such spats stay on the court.