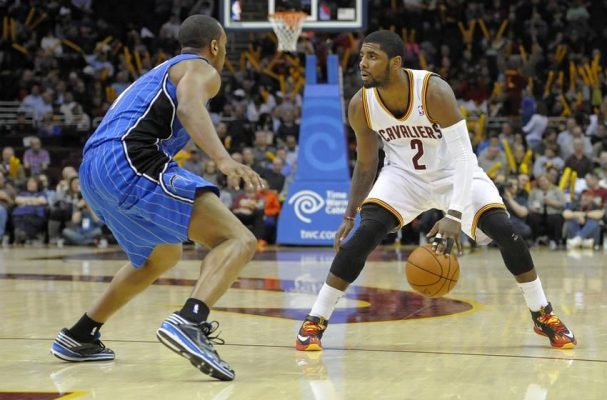 While the Cleveland Cavaliers will be starting their preseason schedule at Quicken Loans Arena on Wednesday night, one notable name won’t take part in the matchup against the Orlando Magic. That player is starting point guard Kyrie Irving, though Cavaliers head coach Tyronn Lue was quick to note that all players in camp are healthy.

News of Irving’s absence was forwarded in a tweet by Sam Amico of AmicoHoops.net, who also noted that LeBron James will compete for at least a short period of time.

LeBron James will play but Kyrie Irving will not in #Cavs' preseason opener Wednesday vs. #Magic. Ty Lue says everyone healthy.

The last time Irving took the court for the Cavs during the preseason was two years ago. Last season, he was in month four of his six-month rehabilitation from a fractured kneecap and didn’t officially enter a game until December 20.

Rust certainly isn’t a problem for Irving, who spent the summer as part of the United States men’s national basketball team in Rio. While not saying anything about Irving’s past problems with injuries, Cleveland’s coaching staff is undoubtedly not going to press their luck in a meaningless exhibition game.

His absence from the lineup will allow for an extended look at both second-round draft selection Kay Felder and the newest member of the squad, Toney Douglas, who was just signed on Monday.

There was no word on whether Irving would play in the Cavaliers’ second preseason clash on Saturday night at home against the Philadelphia 76ers.