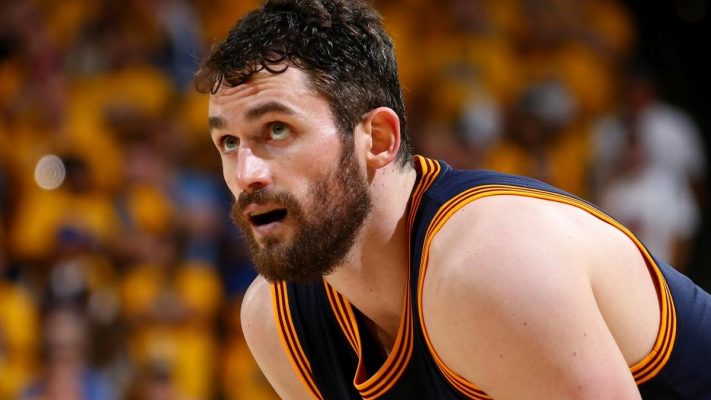 According to Jason Lloyd of the Akron Beacon Journal, Cleveland Cavaliers forward Kevin Love is expected to see action in Game 4 of the NBA Finals on Friday night, but will be used as an option off the bench.

Lloyd also noted that the expectation is that Love will be cleared after he undergoes a medical examination on Friday. The veteran has to pass the exam in order to be removed from the NBA’s concussion protocol that began just hours after Love was injured late in the first half of Game 2.

Love was able to take part in some shooting drills during Cleveland’s practice on Thursday afternoon. While the reserve role would be the first time that Love hasn’t started in more than six years, Cavaliers head coach Tyronn Lue indicated that the forward would understand.

Without Love, the Cavs won their first game of the series in a 120-90 rout. Veteran Richard Jefferson was inserted into Love’s starting slot. The Cavaliers need to win again on Friday night to avoid being down 3-1 while playing in Game 5 at Oracle Arena next Monday night. Tipoff for Game 4 will be just after 9 p.m. ET.