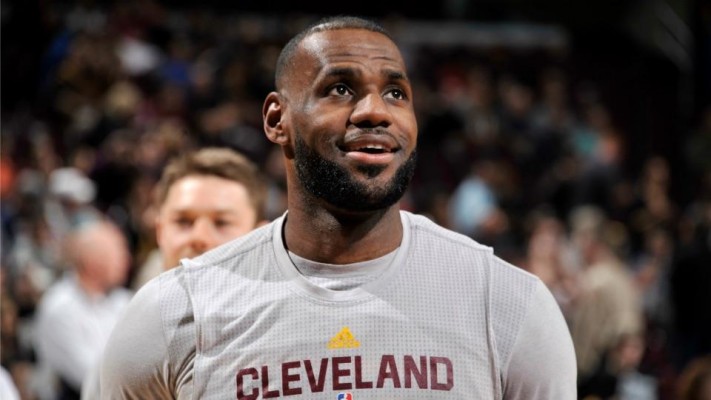 The Cleveland Cavaliers’ LeBron James was named the NBA’s Eastern Conference Player of the Week for the second straight week on Monday after averaging a double-double in the three games he played—all victories for the Cavs.

The accolade marks the fifth time this season he’s won the award and the 53rd time in his storied 13-year career. He’s a strong contender for Player of the Month honors for March, which will be announced on Tuesday.

James sat out the team’s loss to the Houston Rockets on March 29, but then came back two nights after in a 107-87 blowout win over the Brooklyn Nets to score 24 points, hand out 11 assists and grab four rebounds. During that scoring effort, he was 8-of-11 from the field.

The following night. James willed Cleveland to a thrilling 110-108 overtime road victory over the Atlanta Hawks. In addition to his 29 points and 16 rebounds, he narrowly missed a triple-double by dishing out nine assists and was also a presence on defense with three steals.

Closing out the week with a flourish, James again came close to a triple-double with 31 points, 12 assists and eight rebounds. That was enough to hold off a late comeback effort by the Charlotte Hornets in the Cavaliers’ 112-103 win.

During the course of the week, James also moved up two spots on the NBA’s all-time scoring list, passing a pair of Hall of Famers in the process. James first passed Dominique Wilkins against Brooklyn, followed the next evening by going past Oscar Robertson for 11th all-time.